We recently updated the report on the Zacks Rank #3 (Hold) stock. You can see the complete list of today’s Zacks #1 Rank (Strong Buy) stocks here.

The acquisition of Shell’s assets added 684 billion cubic feet of natural gas reserves at a F&D cost of less than 40 cents per thousand cubic feet equivalent, lower than what the company currently incurs. National Fuel Gas’s increased scale and contiguous operations are expected to further reduce the per-cash-unit costs, boosting the company's margins.

Expanding operations of National Fuel Gas enables it to generate a stable cash flow. The company’s total liquidity as of Jun 30, 2022, was $1,283 million, sufficient to address near-term debt obligations.

In the past 12 months, shares of the company have risen 39% compared with the industry's 21.3% rally. 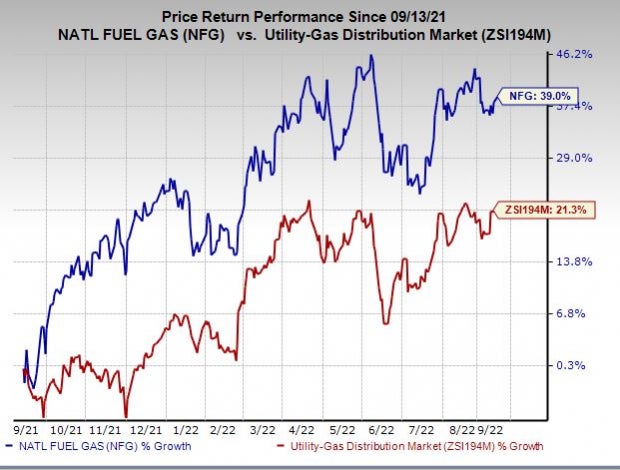 NextEra Energy, Southern Company and Alliant Energy delivered earnings surprises of 5.5%, 9.4% and 5.8%, respectively, in the trailing four quarters on average.

The Zacks Consensus Estimate for 2022 earnings of NextEra Energy, Southern Company and Alliant Energy moved up 1.8%, 2% and 1.8%, respectively, in the last 60 days.