Down nearly 40%, the Zacks Consumer Discretionary Sector has tumbled in 2022 as consumers cut back spending on non-essential items. 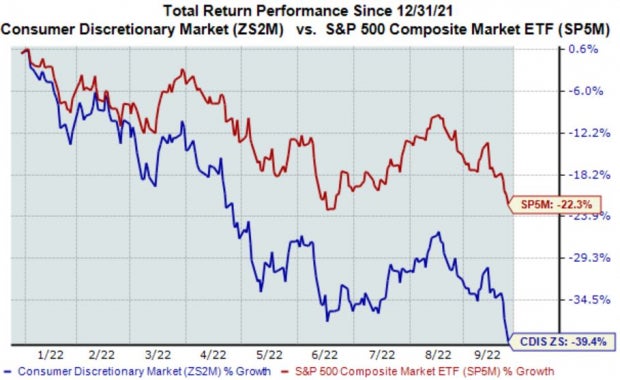 An absolute titan in the sector, Nike (NKE - Free Report) , is on deck to unveil Q1 earnings on September 29th after the market close.

Currently, the footwear titan carries a Zacks Rank #4 (Sell) with an overall VGM Score of a C.

How does everything stack up for Nike heading into the print?

Year-to-date, it’s been a challenging road for Nike shares, down more than 40% and widely underperforming the general market. 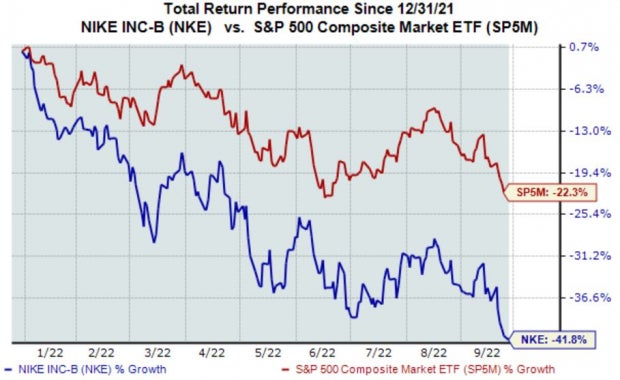 Over the last month, the adverse price action of NKE shares has continued, down more than 10% and slightly lagging behind the S&P 500. 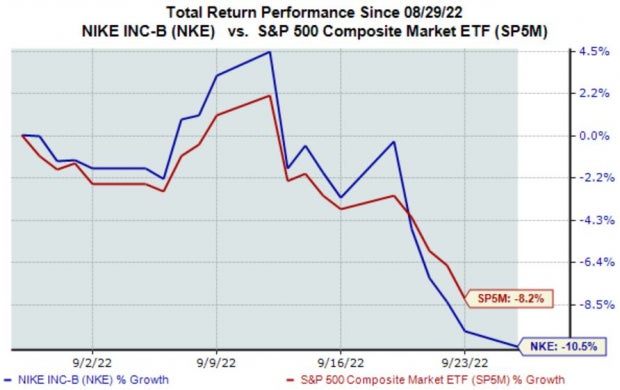 Further, NKE’s valuation levels appear a bit stretched, with the company carrying a Style Score of a D for Value.

Nike’s 25.9X forward earnings multiple is below its five-year median of 32.4X but represents a steep 42% premium relative to its Zacks Sector.

Analysts have been bearish in their earnings outlook over the last several months, with four negative earnings estimate revisions hitting the tape. The Zacks Consensus EPS estimate of $0.91 pencils in a 21% decrease in quarterly earnings Y/Y.

However, the company’s top line appears to be in better shape – the Zacks Consensus Sales estimate of $12.3 billion pencils in a marginal 0.4% Y/Y uptick.

Revenue has primarily been reported above expectations as well; NKE has penciled in seven top-line beats over its last ten quarters. Below is a chart illustrating the company’s revenue on a quarterly basis.

The market has had mixed reactions in response to the company’s quarterly reports; following its last four prints, shares have moved upwards twice and downwards twice.

NKE shares have struggled to find their footing in 2022, lagging behind the S&P 500’s performance in several timeframes.

Shares could be considered overvalued with its Style Score of a D, but the company’s forward earnings multiple is well below its five-year median.

Analysts have been bearish in their earnings outlook for the quarter, and estimates allude to a decline in earnings but a slight uptick in revenue.

Further, the company has consistently exceeded quarterly estimates, but the market has had mixed reactions as of late over its last four.

Heading into the release, Nike (NKE - Free Report) carries a Zacks Rank #4 (Sell) with an Earnings ESP Score of -1.6%.