In a rare class action lawsuit, recently General Motors (GM - Free Report) has been found liable to pay $102.6 million to three classes of vehicle owners. A federal jury in California has awarded the hefty fine to the auto giant after the vehicle owners alleged that the company sold vehicles with defective engines and hid the fact from the customers.

The lawsuit was brought by national plaintiffs’ trial firm, DiCello Levitt, on behalf of owners and lessees of GM trucks and SUVs sold during 2011-2014 in California, North Carolina and Idaho that were fitted with the company’s Generation IV Vortec 5300 LC9 engine. The faulty vehicles included some of its GMC Sierra, Yukon, Yukon XL and Chevrolet Avalanche, Silverado, Suburban and Tahoe

Filed in late 2016, it claimed that internal company documents showed that General Motors was alerted of a defect in the engine’s piston rings that resulted in excessive consumption of oil. The infiltrated parts of the engine led to damage and gradually, premature engine breakdown and failure in a significant number of GM’s 5.3-liter SUVs and light trucks.

In 2010, the company recommended to its dealers the cleaning of the pistons of the affected vehicles. After that proved to be an ineffective solution, engineers suggested engine changes but those, implemented in 2011, once again did not solve the problem and the oil consumption issues persisted until the company stopped production of the engine following the 2014 model year.

Very few class action cases are brought to trial and it is an important legal milestone that the case has been given a verdict as opined by DiCello Levitt.

General Motors, however, plans to seek post-trial relief and appeal further if the court allows the verdict to stand.

The recall was an expansion of a 2014 campaign covering Spark and Spark EV models. The present scope covered nearly 121,000 vehicles because the hoods could fly open while driving due to corrosion in the latch pivot, increasing the risk of a crash.

The recent verdict is a blotch in the performance of one of United States’ top-selling brands as it hoodwinked customers and compromised passenger safety.

Shares of GM have lost 42.2% over the past year compared with its industry’s 21.2% decline. 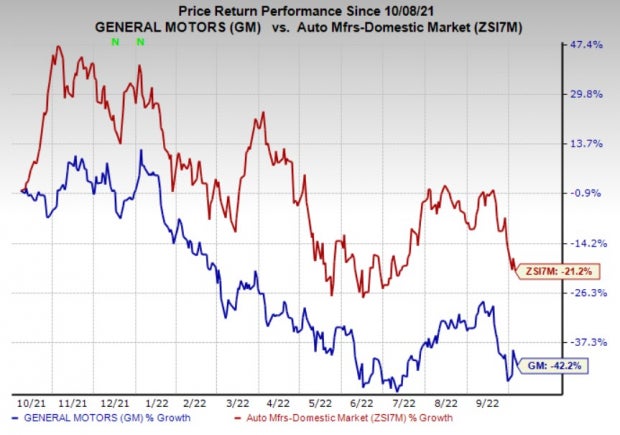 Lordstown has an expected earnings growth rate of 66.9% for the current year. The Zacks Consensus Estimate for current-year earnings has remained constant in the past 30 days.

Lordstown’s earnings beat the Zacks Consensus Estimate in all of the trailing four quarters. RIDE pulled off a trailing four-quarter earnings surprise of 29.35%, on average. The stock has declined 65.6% over the past year.

Dorman has an expected earnings growth rate of 10.1% for the current year. The Zacks Consensus Estimate for current-year earnings has remained constant in the past 30 days.

Dorman’s earnings beat the Zacks Consensus Estimate in three of the trailing four quarters and missed one. DORM pulled off a trailing four-quarter earnings surprise of 0.85%, on average. The stock has declined 10.4% over the past year.