Since the launch of the first ETF almost 24 years back, the exchange traded fund industry has attained great heights. There are currently about 2,029 exchange traded products listed in the U.S., with almost $3.24 trillion in assets under.

Several strategies have emerged, including active management, smart-beta technique, thematic ETFs and many more. Some of these did see success and but many have failed to attract investors’ attention. But one attribute has been famous among investors since the start, i;e, investors’ craving for low expense ratio management (read: Will Low Cost ETF Strength Make Vanguard Top Asset Manager Soon?).

For a long period of time, the lowest cost corner of the market was dominated by Charles Schwab and Vanguard. But several other issuers are looking for a bigger pie in the ETF market and to that end have slashed their fees considerably in recent times. Among them, BlockRock and Fidelity deserve a special mention (read: BlackRock Slashes Fees, ETF Price War Intensifies).

As a result, State Street’s ETF operations failed to keep up with its key peers so far in 2017. State Street has hauled in $13.5 billion in net ETF inflows in the first nine months of this year while BlackRock has amassed about $194 billion and Vanguard has recorded $112 billion in new ETF business, as per ETFGI, quoted on Financial Times. 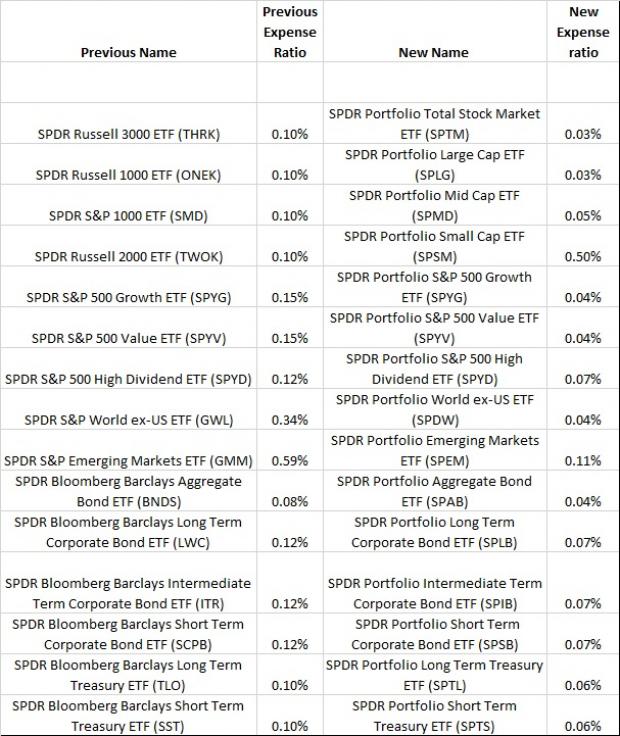 Competition in the ETF market is cut throat. So, the expense ratio war is likely to continue in the near term. Several asset managers are ready to further reduce fees to attract investors’ fund and gain market share. So, the latest move by State Street should help it gain assets in the coming days.