ExxonMobil Corporation XOM recently announced that its oil and gas reserves grew 19% in 2017 owing to growth in several places like the U.S. shale, the United Arab Emirates and Guyana. ExxonMobil reported its reserve update following its fourth-quarter earnings, which failed to meet expectations.

In 2017, the company added 2.7 billion barrels of oil equivalent (BOE) to its reserves, which marks 183% production replacement. It brings the company's total proved reserves to 21.2 billion BOE. ExxonMobil believes that the proved reserves hold significant development opportunities, which can grow shareholder value in the coming years. Of the total proved reserves, 57% was liquids, which increased by 4% from 53% in 2016. At the current production rate of the company, its reserves are expected to last for 14 years. The company, with higher profitability ratios and lower leverage than the industry, is poised to yield higher values in the long run. 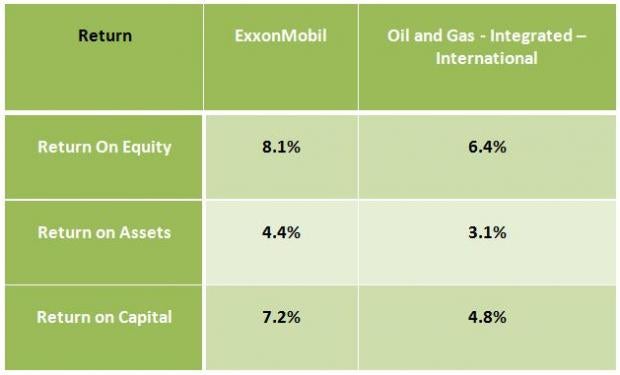 ExxonMobil spent more than $6 billion in 2017 to increase its presence in the Permian Basin. The company added more than 800 million BOE to its reserves in the basin. The Upper Zakum field in the United Arab Emirates contributed another 800 million BOE. The company's Guyana assets provided proved reserves of 3.2 billion BOE, where it is partnering with Hess Corporation (HES - Free Report) and others.

We note that ExxonMobil had reduced its proved reserves in 2016 by 3.3 billion BOE, most of which was due to the writedowns of the Canadian oil sands assets' value in the low crude-price environment. The current rebound in oil prices has made some of those devalued assets profitable for the company. It provided ExxonMobil 900 million BOE of proved reserves.

Irving, TX-based ExxonMobil is the world’s largest publicly traded oil and gas firm. The company has a leading position in the energy industry owing to the size and diversity of its asset base, both in terms of business mix and geographical footprint. It has three operating segments: Upstream, Downstream, and Chemical.

ExxonMobil has lost 8.7% of its value in the last year against 3.4% rise witnessed by the industry it belongs to.

Houston, TX -based Cabot is an independent energy company. Its sales for the fourth quarter of 2017 are expected to increase 36% year over year. For 2017, the bottom line is expected to be up 342.9%.

Irving, TX- based Pioneer Natural Resources is an independent oil and gas exploration and production company. Its revenues for the first quarter of 2018 are expected to improve 15.6% year over year. For 2018, the bottom line is anticipated to be up 149.5%.