Markets are finally bouncing back, thanks to the tech stocks that are once again driving the rally after the recent setback. After shining for the whole of 2017 and the start of 2018, tech stocks took a beating since early March. However, it seems things are finally looking up for the broader tech sector, and its players are back on track.

Last week saw markets recovering with stocks of tech companies, led by the FAANG cohort, surging again. Needless to say, investors’ confidence has been reinstated on robust earnings results from the FAANG companies, comprising Facebook, Inc. (FB - Free Report) , Amazon.com, Inc. AMZN, Apple Inc. AAPL, Netflix, Inc. NFLX and Alphabet, Inc. GOOGL, which are braving all odds and growing on their latent strengths. This also proves the potential that FAANG stocks hold and the faith investors have in them. 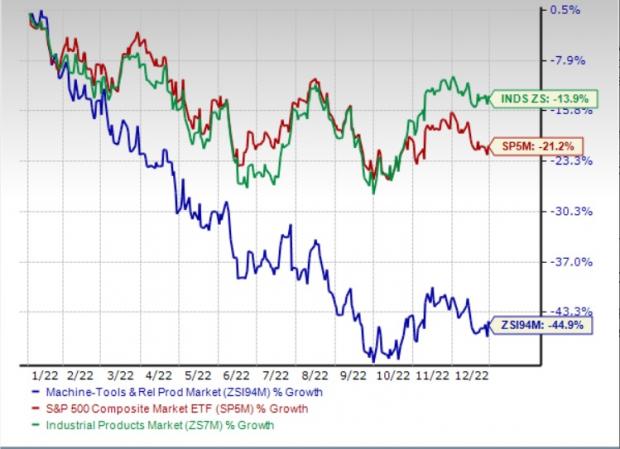 After touching record highs in January, Facebook’s shares took a hit in March owing to a data misuse scandal that affected the personal data of more than 80 million users. However, Mark Zuckerberg’s testimony in front of Congress reinstated investors’ faith in the social media giant, as its shares surged immediately.

Moreover, Facebook not only beat earnings estimates in the first quarter, but also registered ad revenues of $11.8 billion, up 50% year over year. And despite all the controversies the company’s daily active users increased 13% to 1.45 billion, while monthly users rose 13% to 2.2 billion in the first quarter (read more: Facebook Q1 Earnings Top Estimates, User Growth Solid).

Meanwhile, Apple too has been struggling for quite some time on the poor response of its much-hyped iPhone X. Apple’s shares further took a hit days before its earnings announcement, when Morgan Stanley (MS) predicted that its iPhone sales will slow down in the June quarter. That surely did dent the confidence of investors but Apple made up for it by reporting robust sales of iPhone X in its second-quarter fiscal 2018 earnings report (read more: Apple Q2 Earnings & Revenues Top Estimates, Up Y/Y).

And if that wasn’t enough, celebrity investor Warren Buffett’s Berkshire Hathaway (BRK.B) reported that he has bought million shares of the iPhone maker in the first quarter. And the stocks since then has been rallying, registering its highest weekly gain since October 2011.

Amazon on a Winning Spree

For the first time since launching Amazon Prime -- Amazon’s monthly or annual membership program -- in 2005, CEO Jeff Bezos revealed last month that the company crossed more than 100 million members. Also, the company added more new members in 2017 than the previous years. Amazon has a Zacks Rank #1 (Strong Buy). You can see the complete list of today's Zacks #1 Rank stocks here.

Moreover, the company reported revenues of $51.04 billion in the first quarter, surging almost 43% year over year and beating its own guided range of $47.75-$50.75 billion. Since then, Amazon’s shares have been up 5.1%. Understandably, there’s a lot of potential in the stock and analysts are becoming increasingly bullish on it with expectations of a similar performance in the ongoing quarter (read more: Amazon Q1 Earnings Crush Estimates, Sales Surge Y/Y).

Netflix certainly has been the biggest gainers among the FAANG stocks thanks to it ever increasing subscriber base coupled with its strength in producing original content. The company added 7.4 million customers in the first quarter, surpassing not only analysts’ expectations by around 1.7 million but also crushing its own expectations of 6.35 million. Of the total, international subscriber addition accounted for 5.46 million, while U.S. additions totaled 1.96 million.

Meanwhile, Alphabet’s Google too has been growing from strength to strength, with its ad revenues increasing significantly over the years. Google has been banking heavily on its smart-home project Nest and is also acquiring smart doorbell outfit Ring.

Moreover, the search engine giant this year shifted Nest to its Other Revenues segment, the revenues of which climbed about 35.5% to touch $4.35 billion in the first quarter.  Also, the company reported total revenues of $31.15 billion (read more: Alphabet Posts Earnings Beat, Google Other Revenues Climb 35%).

Understandably, the strength in the FAANG stocks says a lot about their future upside. These stocks have been performing well, driving markets and winning investors’ faith on their individual merits, while braving all odds. Investors interested in FAANG stocks may thus overlook their rough patch for the last couple of months, and focus on their bounce back and market-driving ability.