The March Madness 'Sweet 16' of ETFs: Who Wins?

The National Collegiate Athletic Association (NCAA) Division I Men's Basketball Tournament kicked off last week, spreading euphoria not only in the sports world but also other corners of the economy such as media, advertising, restaurants, hotels and airlines.

The stock market performance is also closely tied to the basketball frenzy, which will last for one more week.

The NCAA Tournament champion will be crowned on Apr 8 at the U.S. Bank Stadium in Minneapolis, MN. True to what it is popularly known as the “March Madness,” the tournament works its way up from 64 college teams to ‘Sweet Sixteen’ to be played on Mar 28, followed by ‘Elite Eight’, ‘Final Four’ and ultimately the championship. Since it has reached the Sweet Sixteen, let’s start the evaluation from this level (read: Basket These 5 ETFs to Tap March Madness).

Similar to the four-region criteria of the real championship, we have chosen four factors, namely monetary policies, economy, fundamentals and investment strategies. Then, we have shortlisted 16 ETFs that are popular in the respective segments and fit our criteria. Fortunately, each of these funds has a Zacks ETF Rank making our seeding easier. In case of a tie between ranks, we have considered the year-to-date performance in selecting the ETF qualifying for the next round.

United States SPY vs. Europe VGK — Currently, the United States and Europe are following a similar path toward monetary policies. The Federal Reserve stated that there will be no rate hike this year, citing softness in the economy while the European Central Bank might delay its planned increase in interest rates until next year. SPY wins with a Zacks ETF Rank #2 (Buy) compared with a Zacks ETF Rank #3 (Hold) for VGK (read: ECB Surprisingly Dovish: Play Currency-Hedged Euro Zone ETFs).
Winner: SPY

Gold GLD vs. Dollar UUP — Gold and dollar move in opposite directions and are largely influenced by monetary polies. While lower rates will pull out more capital from the country, leading to depreciation of the dollar, it raises the yellow metal’s attractiveness. Though both GLD and UUP have a Zacks ETF Rank #3, the former has an edge over UUP in terms of year-to-date performance.
Winner: GLD

Global Market ACWI vs. International Market VEU — After riding high at the start of this year, the global stock market is embroiled in growth worries and a still uncertain U.S.-China trade deal. The inversion of the yield curve in the United States, which historically signals an imminent recession, has also unnerved investors. However, ACWI wins with a Zacks ETF Rank #2 compared with a Zacks ETF Rank #3 for VEU.
Winner: ACWI

Mega Cap (DIA - Free Report) vs. Small Cap IWM — The Wall Street has strongly rebounded this year, thanks to a dovish Fed and hopes of a trade deal. However, global growth concerns are weighing heavily on mega-cap stocks while small-cap stocks are having a rough phase owing to bouts of domestic data. DIA, with a Zacks ETF Rank #1 (Strong Buy) has an edge over IWM’s Zacks ETF Rank #3 (read: Growth Worries Resurface as Bulls Turn 10: 5 ETF Buying Zones).
Winner: DIA

Value IWD vs. Growth QQQ — Value stocks have been hogging investors’ attention lately, given resurface of global growth worries and an inverted yield curve. However, growth stocks appear to be an excellent choice, courtesy of a still strong economy and cheap money flow. As a result, both ETFs have a Zacks ETF Rank #1. But QQQ is leading by a wide margin from the year-to-date angle.
Winner: QQQ

Low Volatility (USMV) vs. Dividend (VIG) — Uncertainty and volatility lure investors toward a low volatility and dividend strategy. Though both USMV and VIG have a Zacks ETF Rank #3, the former scores higher by about 70 bps in terms of year-to-date performance.
Winner: USMV

Long-Term Treasury TLT vs. High-Yield Bond HYG — When rates rise, yields rise as well. This puts pressure on Treasury bonds but raises the demand for high yield bonds to shield against rising interest rates. TLT and HYG each have a Zacks ETF Rank #3. However, HYG wins as it has gained nearly 7% compared with 3.3% for TLT (read: Why Should You Buy Treasury ETFs Now?).
Winner: HYG

Among the eight winning ETF teams, the six-month performance was used to decide the winner of each region.

Monetary Policies: United States vs. Gold — GLD emerges as the undisputed winner gaining more than 9.5% in the six months versus the 3% loss of SPY.

Economy: Global Market vs. Developed Market — Though both ACWI and VEA incurred loss in the six-month period, the former fares better than the latter by 230 bps.

Investment Strategies: Low Volatility vs. High-Yield Bond — USMV has risen 3.5% over the past six months against a gain of 2.5% for HYG.

We come to the last four teams in this playoff tournament and the best in their specific regions. We now look at the trailing one-year performance to see who has the maximum momentum heading into the next level. In the matchups, we have Gold versus Global Market on one side and Mega Cap versus Low Volatility on the other.

For this ETF faceoff, SPY represents United States and EEM stands for emerging markets. Let’s take a closer look at these funds before deciding on the winner:

SPY — This is the ultra-popular ETF with a total AUM of around $262.3 billion and average daily volume of 106.3 million shares. It tracks the S&P 500 index and holds 505 stocks in its basket with each having less than 3.9% of the assets. The fund is slightly skewed toward information technology at 21.1% share while health care, financials, communication services and consumer discretionary round off the next four with double-digit exposure each. The product charges 9 bps in fees per year and has gained 9.4% over the trailing one-year period (read: Looking to Buy the Dips? 5 ETF & Stock Picks).

ACWI — This fund tracks the MSCI ACWI Index and holds 1372 securities with each holding less than 2% of the assets. It is well spread across sectors with financials, information technology, healthcare, consumer discretionary and industrials that account for double-digit exposure each. Among the countries, United States takes the top spot at 55.5% while Japan, United Kingdom and China round off the next three spots with single-digit exposure each. The product has AUM of $10.1 billion and trades in solid volume of 4.8 million shares per day. It charges 31 bps in fees per year from investors and has gained 3.2% in a year’s time.

Winner: United States ETF wins and advances toward the final round to take on the winner of the Mega Cap versus Low Volatility match.

For this faceoff, DIA represents mega cap and USMV represents low volatility. Below, we take a closer look at these funds before picking the winner:

DIA — With AUM of $20.7 billion, this ETF holds 30 stocks in its basket with each security holding no more than 9.8% share. The fund is widely spread across sectors with industrials, information technology, financials, healthcare and consumer discretionary being the top five. It charges 17 bps in fees per year from investors and trades in heavy volume of around 5.1 million shares a day on average. The ETF is up 9.8% in a year.

USMV — This fund offers exposure to 213 U.S. stocks having lower volatility characteristics than the broader U.S. equity market by tracking the MSCI USA Minimum Volatility Index. It is well spread across a number of securities with none holding more than 1.7% of assets. Information technology, health care, financials and consumer staples are the top four sectors with double-digit exposure each. The product has amassed $24.6 billion in its asset base and trades in an average daily volume of about 5.1 million shares. It charges 15 bps in annual fees and has gained 15.9% in a year.

For the championship, let’s look at the performance of both ETFs over the past five years. USMV has gained 81% compared with 67% gain for SPY. This suggests that in the ETF world, iShares Edge MSCI Min Vol USA ETF (USMV) will likely emerge as the winner of the 2019 March Madness championship based on our ranking system and its recent performance. 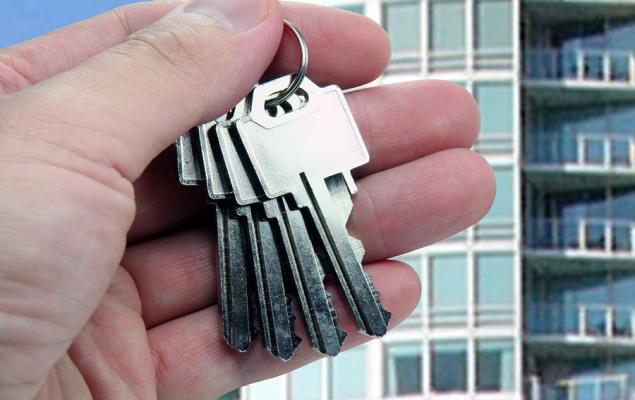