Shares of Facebook (FB - Free Report) popped over 3.3% Tuesday in continuation of their impressive 2019 climb on the back of news that the social media company has improved its e-commerce capabilities on Instagram. Tuesday’s jump likely focused on Deutsche Bank’s note that said the recently launched “Checkout on Instagram” feature could add $10 billion of revenue in 2021.

Facebook on March 19 introduced via a blog post its new Checkout on Instagram feature that allows users to shop directly through its widely popular photo and video sharing app. Users will be able to tap on items tagged in photos and then select sizes and colors and process payments all inside Instagram. Checkout is currently in closed beta for select businesses in the U.S., with the over 20 brands part of the initial run. These include specific Instagram handles from Adidas ADDYY, Burberry, Dior, H&M, Michael Kors CPRI, Nike NKE, and many other well-established brands, along with up-and-comers like Warby Parker and Lululemon LULU competitor Outdoor Voices.

Instagram users have been able to navigate to companies’ e-commerce platforms in order to buy products via the app for some time now, but the new feature will be more sleek and efficient, which likely makes it more enticing. Today, brands are even built and targeted directly to their core consumers through Instagram. “We think a more streamlined E-Commerce experience on Instagram could add an incremental $10 [billion] of revenue in 2021, and we see 'Checkout with Instagram' as a key step towards unlocking this opportunity,” Deutsche Bank analyst Lloyd Walmsley wrote in a note to clients Monday.

Facebook is committed to finding new revenue streams beyond advertising—where it currently makes roughly 98% of its money—and e-commerce is a top priority for Mark Zuckerberg’s firm. If Instagram’s Checkout feature proves good for the brands, other companies will be quick to join. “We see potential for momentum to carry over to core Facebook and Marketplace and potentially even via a standalone shopping app,” the Deutsche Bank analyst continued. 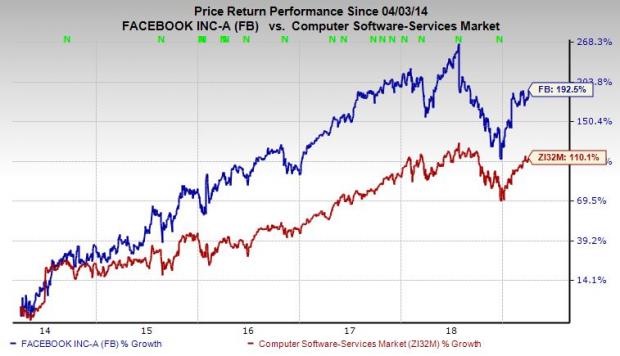 Clearly, Facebook faces nearly constant backlash from governments to op-eds over its handling of user data, as well as its outsized control over the spread of information, among other worries. These concerns are real and could eventually hurt the company. With that said, Facebook users, which include its core platform, Instagram, WhatsApp, and Messenger, don’t seem to care that much—or at least they haven’t left in droves. In fact, Facebook’s monthly and daily active user totals both climbed 9% last quarter. Roughly 2.7 billion people, or around 35% of the world’s population, now use Facebook, Instagram, WhatsApp, or Messenger every month and more than 2 billion people use at least one every day.

As far as Facebook’s ability to expand its e-commerce business, just think, Nike CFO Andy Campion expects that its digital division will make up 30% of Nike’s entire business by 2023, compared to roughly 15% at the moment. Let’s also not forget that Zuckerberg—hate him or love him—also recently detailed plans about how Facebook could start to focus on private encrypted messaging, payments, and other services in a move that would see it transition toward Tencent’s TCEHY WeChat model.

Looking ahead, Facebook’s full-year 2019 revenues are expected to surge 23.4% to reach $68.89 billion, based on our current Zacks Consensus Estimate. Investors should note that this would mark a downturn from fiscal 2018’s 37% revenue growth, but last year already marked a major slowdown from 2017’s 47% revenue growth—this just happens when the numbers get larger and larger.

Peeking ahead to 2020, the firm’s revenue is projected to jump 20.6% above our current year estimate to hit $83.05 billion. At the bottom end of the income statement, Facebook’s full-year earnings are expected to dip 0.53% to $7.53 per share, as it spends heavily on security upgrades and innovations. Despite the small anticipated downturn, Facebook’s 2020 earnings are projected to climb over 17% above our 2019 estimate.

Facebook is currently a Zacks Rank #3 (Hold) that rocks a “B” grade for Growth in our Style Scores system. FB stock is also trading at 21.5X forward 12-month Zacks Consensus EPS estimates, which marks a discount compared to its industry’s 26.7X average and its own three-year high of 44.3X and 27.7X median. Therefore, it’s not too hard to say that Facebook stock appears to be relatively “cheap” at the moment.

Shares of Facebook were up 3.39% to $174.42 per share through mid-afternoon trading Tuesday. Overall, Facebook stock has surged over 33% this year, but still rests 20% below its 52-week high heading into Q1 earnings season.

Walgreens Has Biggest One-Day Loss in 5 year: What Does This Mean For Pharmacies?