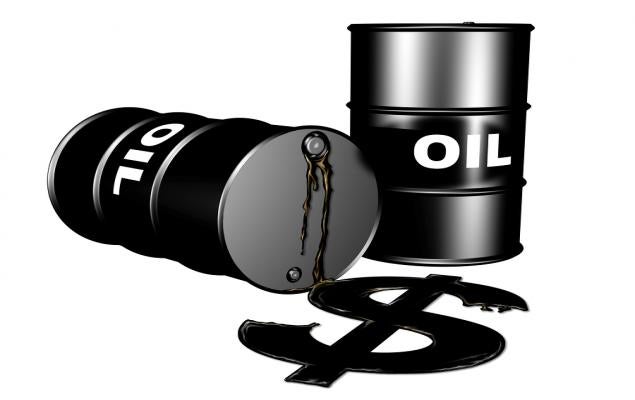 In order to double down its bet on U.S. shale oil, the second-largest U.S. oil producer Chevron (CVX - Free Report) plans to acquire Anadarko Petroleum Corporation for $33 billion or $65 per share in cash and stock. The total enterprise value of the transaction is $50 billion, including debt.

The deal represents the sixth-largest oil and gas deal on the books, according to Drillinginfo and Dealogic and the largest deal since 2015 when Royal Dutch Shell bought British energy giant BG Group for $82 billion in enterprise value. Per Refinitiv, Chevron's deal represents the 11th biggest ever for an energy and power company. The acquisition would be the eighth largest oil and gas M&A deal in two decades, according to Dealogic.

Under the terms of the deal, Anadarko shareholders will receive 0.3869 shares of Chevron and $16.25 in cash for each Anadarko share. Chevron will also assume $15 billion of Anadarko's debt. The deal is expected to close in the second half of the year and is awaiting approval from shareholders of Anadarko Petroleum Corp. and regulators (read: ETFs & Stocks to Ride on Oil's Biggest Quarter in Decade).

The acquisition will expand Chevron’s operations in shale oil and gas production, offshore drilling and liquefied natural gas exports. In particular, it will double down its expansion into the fast-expanding Permian Basin of West Texas and New Mexico, while also increasing its exposure to liquefied natural gas with Anadarko’s project in Mozambique.

The transaction is expected to be accretive to free cash flow and earnings per share one year after closing, at $60 Brent. It is also expected to achieve run-rate cost synergies of $1 billion before tax and capital spending cuts of $1 billion within a year of closing. The combined company will boost its share repurchase rate by $1 billion to $5 billion per year upon closing of the deal.

Further, Chevron plans to divest $15-$20 billion in assets between 2020 and 2022, with proceeds used to lower debt and to return additional cash to its shareholders.

Following the announcement of the deal, shares of APC climbed 32% to close the day and crushed its average volume as nearly 102.3 million shares moved hands compared with 7 million on average. Meanwhile, shares of Chevron were down 5% (see: all the Energy ETFs here).

Given this, energy ETFs saw solid trading on the day. We have highlighted the five best-performing ETF that are surging on the news and could be the best ways for investors to tap the opportunity arising from the CVX-APC deal.

This ETF provides exposure to the unconventional oil and gas segment, which includes coal bed methane, coal seam gas, shale oil, shale gas, tight natural gas, tight oil, tight sands, in situ oil sands, and enhanced oil recovery. This fund follows the MVIS Global Unconventional Oil & Gas Index, holding 44 stocks in the basket with none accounting for more than 8% of assets. It has amassed $28.9 million in its asset base and has average daily volume of 46,000 shares. The product charges 54 bps in annual fees and surged 6.2% on the day. It has a Zacks ETF Rank #5 (Strong Sell) with a High risk outlook.

This product offers exposure to U.S. companies that are engaged in the exploration, production, and distribution of oil and gas. It follows the Dow Jones U.S. Select Oil Exploration & Production Index, holding 60 stocks in its basket with heavy concentration on the top two holdings. The ETF has AUM of $286.9 million and trades in volume of 135,000 shares a day on average. It charges 43 bps in annual fees and expenses and has climbed 4.4% on the news. IEO has a Zacks ETF Rank #3 (Hold) with a High risk outlook.

This fund provides exposure to oil and gas exploration companies by tracking the S&P Oil & Gas Exploration & Production Select Industry Index. It holds 64 securities in its basket with none making up for more than 2.64% share. The product has amassed $2.2 billion and charges 35 bps in annual fees. It trades in average daily volume of around 22 million shares and has gained 3.3% on the day. XOP has a Zacks ETF Rank #3 with a High risk outlook (read: Oil Jumps: 4 ETFs to Benefit & 4 to Suffer).

This follows an AlphaDEX methodology and ranks stocks in the broad energy space by various growth and value factors, eliminating the bottom-ranked 25% of the stocks. This approach results in a basket of 41 stocks each holding less than 5.3% of assets. It has managed $196 million in its asset base and trades in volume of 452,000 shares per day on average. The ETF charges a higher 63 bps in annual fees and gained 2.8% following the CVX-APC merger news. It has a Zacks ETF Rank #3 with a High risk outlook.

This ETF tracks the S&P 500 Equal Weight Energy Index, which equally weighs stocks in the energy sector of the S&P 500 Index. It holds 29 stocks in its basket with none making up for more than 4.53% of assets. The fund charges 40 bps in annual fees and trades in average daily volume of 98,000 shares. It has AUM of $212.3 million in its asset base and has a Zacks ETF Rank #3 with a High risk outlook.

Should You Avoid IBM ETFs Ahead of Q1 Earnings?