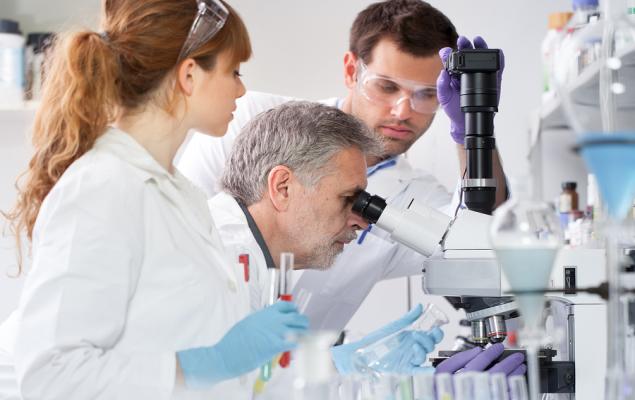 Johnson & Johnson’s JNJ first-quarter 2019 earnings came in at $2.10 per share, which beat the Zacks Consensus Estimate of $2.03 and increased 1.9% from the year-ago period.

Adjusted earnings exclude after-tax intangible amortization expense and some special items. Including these items, J&J reported first-quarter earnings of $1.39 per share, down 13.1% from the year-ago quarter.

Sales of the drug and consumer products giant came in at $20.02 billion, which beat the Zacks Consensus Estimate of $19.63 billion. Sales increased 0.1% from the year-ago quarter, reflecting an operational increase of 3.9% and an unfavorable currency impact of 3.8%.

Organically, excluding the impact of acquisitions and divestitures, sales increased 5.5% on an operational basis, better than 5.3% increase seen in the previous quarter. Continued strong sales performance in the Pharmaceutical segment and continued improvement in Medical Devices unit offset a softer performance in the Consumer unit.

First-quarter sales grew 1.8% in the domestic market to $10.13 billion but declined 1.7% in international markets to $9.89 billion, reflecting 6% operational growth and 7.7% negative currency impact.

Pharmaceutical segment sales rose 4.1% year over year to $10.24 billion, reflecting 7.9% operational growth and 3.8% negative currency impact as sales rose in both domestic and international markets. Sales in the domestic market rose 4.3% to $5.58 billion. International sales grew 3.9% to $4.66 billion (operational increase of 12.2%). Excluding the impact of all acquisitions and divestitures, on an operational basis, worldwide sales increased 7.9%, better than 7.2% in the previous quarter.

The strong performance was led by the company’s oncology drug Darzalex as well as psoriasis treatment, Stelara.

Worldwide sales of J&J’s cancer drugs like Imbruvica and Darzalex rose 9% in the quarter to $2.52 billion. Other core products like Stelara, Simponi/Simponi Aria and Invega Sustenna and new immunology medicine like Tremfya also contributed to growth. However, sales of some other key drugs like Xarelto declined in the quarter. Sales of Zytiga declined sharply due to the impact of generic competition in the United States.

In the quarter, J&J recorded pulmonary arterial hypertension (PAH) revenues of $656 million, up 12.1% year over year. Strong demand for Uptravi and Opsumit was partially offset by the expected decline of Tracleer outside the United States due to generic competition.

Zytiga sales declined 19.6% to $679 million in the quarter. Several generic versions of key prostate cancer drug Zytiga have entered the market. J&J received an unfavorable ruling in district court cases related to generic versions of Zytiga, which opened doors for an earlier-than-expected generic launch in late 2018.

Sales of Procrit/Eprex declined 18% to $226 million in the quarter. We remind investors that a biosimilar version of Procrit was launched by Pfizer (PFE - Free Report) in November 2018.

Sales of Remicade were down 20.6% in the quarter to $1.10 billion due to increased discounts and share loss to biosimilars.  While U.S. sales declined 15.5%, U.S. exports went down 46.4%. Remicade sales rose 23.6% in international markets. Please note that J&J markets Remicade in partnership with Merck MRK.

Medical Devices segment sales came in at $6.46 billion, down 4.6% from the year-ago period. It included an operational decrease of 1% and negative currency movement of 3.6%.

Excluding the impact of all acquisitions and divestitures, on an operational basis, worldwide sales increased 4.3%, better than 3.3% in the previous quarter.

Operational growth was driven by continued strong performance in Interventional Solutions, Advanced Surgery, General Surgery and Vision, which partially offset a decline in the orthopedics portfolio.

The Consumer segment recorded revenues of $3.32 billion in the reported quarter, down 2.4% year over year. On an operational basis, Consumer segment sales increased 2.2%, which was offset by unfavorable foreign currency movement of 4.6%.

Excluding the impact of acquisitions and divestitures, adjusted operational sales growth was 0.7% worldwide, a significant deceleration from 3.8% the previous quarter.

Growth in beauty, analgesics, digestive health products and international anti-smoking aids and over-the-counter products was offset by lower baby care sales in the United States despite the re-launch of the baby care brand.

Sales in the domestic market rose 0.2% from the year-ago period to $1.44 billion. Meanwhile, the international segment recorded a decline of 4.2% to $1.88 billion. An operational increase of 3.7% was offset by negative currency impact 7.9% in the quarter.

Revenues are still expected in the range of $80.4 to $81.2 billion, including currency impact.

J&J beat estimates for both earnings and sales in the first quarter of 2019. J&J’s Pharma segment continued to perform well despite currency headwinds and the impact of biosimilar and generic competition on sales of some key drugs like Remicade and Zytiga.

J&J also raised its adjusted sales and earnings growth forecast for the year on continued strength of its business, pushing its shares up 1% in pre-market trading.

The stock has increased 5.8% this year so far against a decrease of 0.1% recorded by the industry.

In 2019, J&J is expected to witness significant generic/biosimilar headwinds in the Pharma unit. However, J&J’s sales and earnings growth is expected to accelerate in 2020 supported by drug launches, successful label expansion of cancer drugs like Imbruvica and Darzalex and immunology drug, Stelara. J&J is also making rapid progress with its pipeline and line extensions.

This year J&J has already gained FDA approval for two new drugs - nasal spray Spravato (esketamine) for treatment-resistant depression (TRD) and Balversa (erdafitinib) for metastatic urothelial cancer in patients with certain FGFR genetic alterations. J&J believes that both Spravato and Balversa have the potential for more than $1 billion of peak revenues. 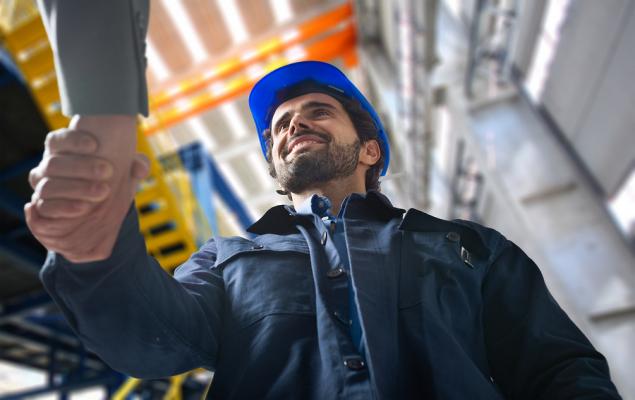