No new economic reports are out this Wednesday — neither ahead of the opening bell, during regular trading or after today’s close. Tomorrow, we look forward to new Weekly Jobless Claims, which have once again bounced down to those half-century lows we’d seen late last summer. There is also a new Durable Goods Orders report for March due Thursday morning.

On Friday, we get the first look at Q1 Gross Domestic Product (GDP). Analysts have taken a hard turn to the positive in their estimates over the past few weeks; what had been expectations of sub-1% GDP growth for the first three months of calendar 2019, have now soared to around 2.3%. This is also higher than Q4’s 2.2% GDP. A stronger-than-expected Q1 earnings season has helped boost expectations for the quarter.

Boeing’s (BA - Free Report) tough quarter still brought beats to its Q1 estimates on both top and bottom lines: $3.16 per share vs. $3.11 in the Zacks consensus; revenues of $22.92 billion outperformed the $22.26 billion expected. The company has erased full-year guidance and suspended share buybacks for now, both stemming from the continued grounding of the beleaguered 737 MAX airplane.

The 737 MAX had two deadly crashes overseas in the past two trailing quarters, causing a worldwide grounding of the passenger jet. No dates for the return of the 737 MAX are included in Boeing’s Q1 report. But shares are up 1% in early trading on the company’s beat. For more on BA’s earnings, click here.

AT&T (T - Free Report) posted a mixed quarterly report this morning, with earnings of 86 cents per share beating estimates by a penny on revenues of $44.8 billion that came up just shy of the $45 billion analysts were expecting. The company is reporting results for the first time from its WarnerMedia acquisition, which owns HBO and “Game of Thrones,” among many other entertainment assets, though returns from this mammoth buy came in slightly below expectations.

On the Communications side, 93K net wireless adds in Mexico led the positive news for AT&T in the quarter. Shares are trading lower in early activity, -3.4%. This is the third earnings beat for the company in the past five quarters.

Another Dow component, Caterpillar (CAT - Free Report) , has also reported Q1 earnings ahead of today’s open, topping expectations for both earnings and sales in the quarter: $3.25 per share was not only well ahead of the Zacks consensus $2.85, but was an all-time record for company earnings in Q1. It beat the previous Q1 record, from the year-ago quarter, by 19%.

Following an earnings miss in Q4 2018, the Zacks Rank #3 (Hold)-rated heavy equipment manufacturer has come back strong. Full-year earnings guidance has raised to a range of $12.06-13.06 per share. The Zacks consensus prior to this report called for $12.19 per share for full-year 2019. We expect to see some movement from analysts here. 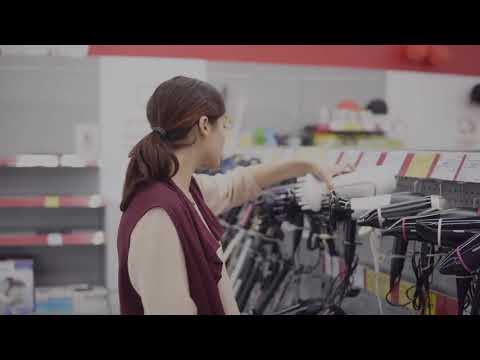