Uber (UBER - Free Report) lost another billion dollars and investors are happy about it. The stock price was up over 4% on open and is trailing down in morning trading as the rest of the market breaks. Uber seems to be following the same trend that Lyft (LYFT - Free Report) saw in Q1, the more they make the more they lose. Uber lost 116% more from operations than Q1 last year, illustrating deteriorating margins.

Fortunately, analysts predicted Uber would lose more in Q1 and they were able to beat EPS estimates by 2.5% and revenue estimates by 1%. Total bookings increased by 34%, and monthly active consumers grew by 33% proving its still prolific expansion. Most of this growth can be attributed to Uber Eats, which has shown the firm 89% sales growth from the same period last year. Data below is provided by Uber investor relations. 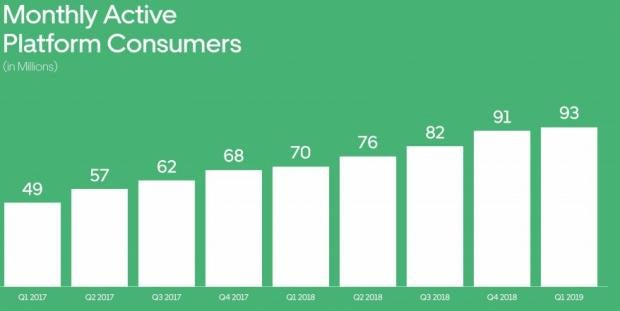 As long of these growth figures remain strong this firm will continue to receive funding and the stock price should show some returns. Investors should start to worry if these growth numbers decelerate substantially.

Cost of revenue increased substantially from the prior year, with excess driver incentives being one of the major catalysts. Uber is being forced to pinch margins as Lyft and other ridesharing firms attempt to poach drivers.

Uber is currently holding $7 billion in long-term and most of its current capital is coming from debt financing which isn’t typical for a growing firm with a sustained large free-cash-flow deficit. Keep an eye on this debt as economic conditions change. This debt financing could bite them if things turn south.

Uber launched its Jump eBike in January 2019. “JUMP bikes are pedal-assist electric bikes, so the harder you pedal the faster you’ll go. An integrated GPS and lock means that you can find a bike near you and go for a ride.” (From Uber’s site)

Uber also was able to secure another billion dollars in funding for their Advanced Technologies Group, AKA autonomous vehicles segment. This investment was funded by Toyota (TM - Free Report) , DENSO (DNZOY - Free Report) , and SoftBank (SFTBY - Free Report) , who combined already have $1 billion invested into it. Tightening its partnership with the largest car manufacturer in the world by volume, Toyota.

Uber is continuing to expand its international presence with an agreement made to acquire Careem, a ridesharing and meal delivery firm operating around the Middle East. The deal is for $3.1 billion in cash and unsecured convertible notes. This deal is anticipated to close in January of 2020.

UBER is trading about 11% below its IPO price and has been bouncing around the $40 level since its shares hit the exchanges earlier this month. It is still unclear whether UBER or any ridesharing company will be able to turn a profit. UBER is a fast growing company and firms in this stage of expansion are expected to lose money in the face of aggressive top-line growth.

If you believe in the ridesharing model and its ability to eventually turn a profit, I would look to buy this stock below $40 (closer to $35 would be ideal), although valuations are still quite ambiguous. This colossal enterprise has stakeholders on the edge of their seat in anticipation, waiting to see if their visionary business model can also be a money-making one. 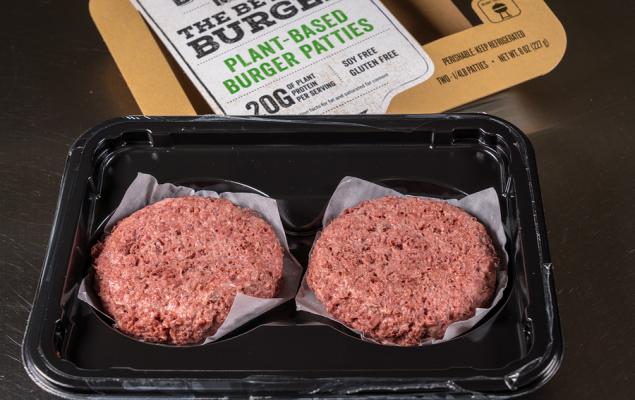 Buy Beyond Meat (BYND) Stock Before Q1 Earnings with Shares up 50%?