Ford Motor Company (F - Free Report) announced that it would close its engine plant in Bridgend, South Wales, U.K. The production of its 1.5-liter petrol engine, which has been facing demand constraint, is likely to end in February 2020. Also, the contract for supplying Jaguar Land Rover (JLR) ends in September 2020. This has come as a big blow to Britain’s car industry and this has put 1,700 jobs at stake.

Recently, Britain’s car sector witnessed slumps in sales, output and investment. The Bridgend plant has been under economic troubles cost disadvantages, changing demand pattern of consumers and absence of additional engine models. But, in 2018, the Bridgend plant built around one-fifth of Britain’s 2.7 million automotive engines.

Notably, Dearborn, MI-based Ford has been devising a turnaround plan for its Europe operations. This plan involves several job cuts, plant closures and discontinuation of loss-making units. Earlier, the company has taken the decision to cut more than 500 white-collar roles in Britain and more than 5,000 jobs in Germany.

In the past three months, shares of Ford have outperformed the industry it belongs to. Over this time frame, the stock has gained 15.8% against the industry’s decline of 7.3%. 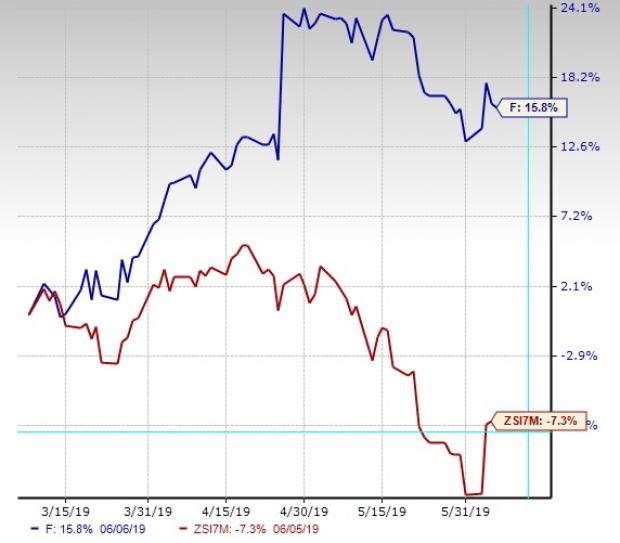 AutoZone has an expected long-term growth rate of 12.2%. Over the past three months, shares of the company have gained 16.7%.

Fox Factory has an expected long-term growth rate of 16.4%. Over the past three months, shares of the company have gained 10%.

Cummins has an expected long-term growth rate of 8%. Over the past three months, shares of the company have gained 4%.

Big Firms Are Investing in Rented E-Scooters. Here's Why