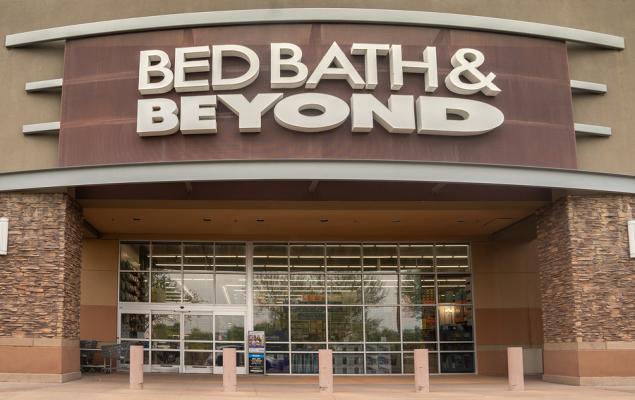 Bed Bath & Beyond Down 43% in a Year: Soft Margins to Blame?

These factors induced this Zacks Rank #5 (Strong Sell) stock to plunge 42.8% in a year’s time against the industry’s 14.6% rally.

In the fiscal fourth quarter, gross margin contracted 120 basis points (bps) mainly owing to lower merchandise margin coupled with higher coupon expenses. Notably, rise in coupon expenses was due to increased average coupon amount, partly negated by a fall in the number of redemptions. Lower gross margin along with a 140 bps increase in SG&A expenses, as a percentage of sales, resulted in 500 bps decline in adjusted operating margin during the same period.

These apart, Bed Bath & Beyond’s soft comparable store sales (comps) due to lower store transactions is concerning. Comps dipped 1.4% in the fiscal fourth quarter owing to a mid-single-digit decline in sales from stores, somewhat offset by robust sales at the customer-facing digital networks. Soft comps have also hurt the company’s top line in the quarter, which lagged the Zacks Consensus Estimate for the third straight time and fell 11% year over year.

For first-quarter fiscal 2019, management expects comps to be down 5-6%. Soft comps projection is mainly due to the shift of the Easter holiday as well as planned shift in advertising from the first quarter to the fourth quarter of fiscal 2019.

Consequently, management estimates adjusted earnings of 7-12 cents per share, significantly down from 32 cents earned in the year-ago quarter. Further, Bed Bath & Beyond expects contraction in gross margin but lesser than that in fourth-quarter fiscal 2018. Additionally, SG&A is anticipated to be higher due to fixed costs including technology and occupancy expenses.

Bed Bath & Beyond’s store-rationalization efforts to drive sales are also encouraging. In fourth-quarter fiscal 2018, it opened three stores and shuttered 21 underperforming outlets. Management targets opening 15 and shutting down nearly 40 stores in the current fiscal year. Additionally, the Next Generation Lab stores, where the company is testing various experiences and visual merchandising, are expected to boost customer experience and in turn, boost sales and profitability.

Bed Bath & Beyond is also progressing well toward accomplishing its long-term financial targets including solid net earnings per share growth by fiscal 2020. Moreover, the company is striving to reduce declines in operating profit and earnings per share in fiscal 2019.

Regis Corporation RGS outpaced the earnings estimates in the trailing four quarters by an average surprise of 250.7%. The company sports a Zacks Rank #1 (Strong Buy). You can see the complete list of today’s Zacks #1 Rank stocks here.

Hibbett Sports, Inc. HIBB has an expected long-term earnings growth rate of 6.5% and a Zacks Rank #1.