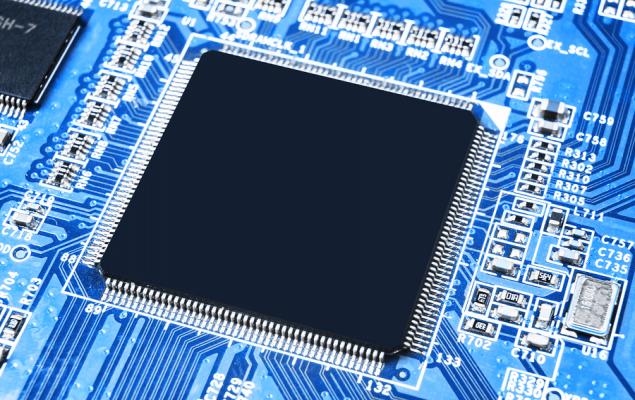 Micron (MU - Free Report) had a rough first-half 2019 owing to softness in semiconductor space primarily attributable to declining memory prices (both DRAM and NAND) and lower demand from smartphone OEMs.

Moreover, tariffs on electronics due to the U.S.-China trade war negatively impacted demand for the company’s chips. This is because the United States is the largest semiconductor manufacturing country with China being its biggest importer.

Micron’s heavy dependence on China is anticipated to keep the company under pressure, at least in the near term.

Additionally, suspension of chip shipments to Huawei owing to the export ban dented the company’s revenues in third-quarter fiscal 2019. Notably, Huawei accounted for nearly 13% of its revenues in the first two quarters of fiscal 2019.

Although Micron expects chip demand to improve in the second half of 2019, we believe weakness in semiconductor market to remain an overhang on the stock.

Per IHS Markit projections, semiconductor sales are expected to decline 7.4% to $446.2 billion in 2019, comparing unfavorably with the previous growth expectation of 2.9%.

Though Micron’s prospects may not appear appealing at the moment, there are some semiconductor stocks that offer good investment opportunities in the second half of 2019. These stocks either carry a Zacks Rank #1 (Strong Buy) or 2 (Buy). You can see the complete list of today’s Zacks #1 Rank stocks here.

Moreover, these stocks have outperformed Micron on a year-to-date basis.

Solid demand for the company’s low-power and low-cost programmable logic products, which is required in edge computing devices, has been a major catalyst. Further, the company’s CrossLink solution that helps in video bridging for ADAS and infotainment systems is witnessing improved adoption.

Lattice has an average positive earnings surprise of 33.06% in the trailing four quarters. The Zacks Consensus Estimate for 2019 earnings has been stable at 49 cents over the past 30 days.

In June, the company updated its guidance for second-quarter 2019, which is scheduled to release on Jul 30. Magnachip’s raised expectation reflects better-than-expected revenue growth from OLED display drivers, foundry and power semiconductors.

This Zacks Rank #2 stock has an average positive earnings surprise of 92.52% in the trailing four quarters. The Zacks Consensus Estimate of a loss has narrowed from 85 cents to 29 cents for 2019 over the past 60 days.

Los Gatos, CA-based Atomera offer Mears Silicon Technology (MST) that enhances speed, reliability and energy efficiency of CMOS-type transistors. In May, the company announced MST SP that helps in improving performance of analog transistors by up to 50%.

This Zacks Rank #2 stock is expected to benefit from increasing deployment of 5G technology. Atomera’s MST has been found to improve performance of silicon-on-insulator (SOI) technology. SOI is required to manufacture integrated switches in RF devices, which are indispensable for 5G.

The Zacks Consensus Estimate of a loss has remained unchanged at 86 cents for 2019 over the past 60 days.

Fremont, CA-based ACM Research (ACMR - Free Report) is a developer and manufacturer of single-wafer wet cleaning equipment. The company benefits from its domain expertise and strong demand for electroplating products.

Per ACM’s estimate, Tahoe can help customers save almost $10 million a year for typical hand use single wafer per month.

This Zacks Rank #2 stock has an average positive earnings surprise of 148.89% in the trailing four quarters. The Zacks Consensus Estimate for 2019 earnings has remained unchanged at 55 cents over the past 60 days.

Applied Materials is riding on strong demand for products, new technologies and innovation strategy. The company has solid opportunities beyond semiconductors, especially in mobile OLEDS and large screen televisions.

This Zacks Rank #2 stock has an average positive earnings surprise of 3.27% in the trailing four quarters. The Zacks Consensus Estimate for 2019 earnings has increased 1% to $2.97 over the past 60 days.

McDermott Wins EPCI Contracts Worth $4.5B From Saudi Aramco