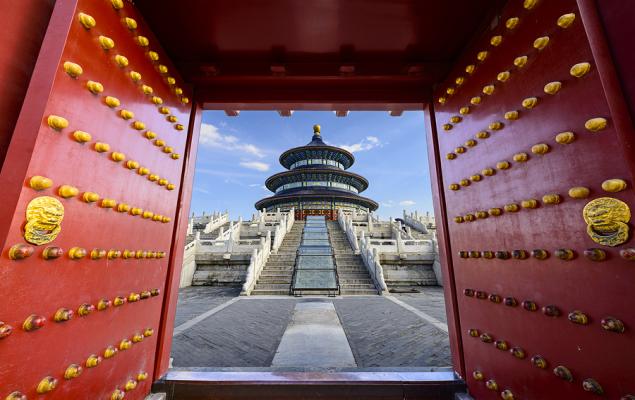 Can You Still Bet on China's Economy? 5 Picks

In the second quarter, China’s economic growth declined to its slowest pace in 27 years. This is likely an outcome of the lingering trade war with the United States, which is weighing down on its export-oriented economy. President Trump was quick to claim credit for this downturn, claiming that his protectionist tactics had caused an exodus of corporations from the world’s second-largest economy.

But it isn’t all doom and gloom for China’s admittedly beleaguered economy.  Key economic indicators posted strong readings last month. Additionally, the country’s political advisors believe that while the economy may be facing challenges, its developmental path remains healthy.

Further, China’s pace of growth may have slowed in recent years, but it remains superior to most other economies. As China transforms itself from an export-led economy to one based on consumer spending, it would make good sense to invest in stocks from the country.

Q2 Growth Lowest in 27 Years, Stimulus in the Offing

China’s economy expanded by 6.2% in the second quarter, the slowest pace of growth witnessed since the first quarter of 1992. This is line with most expectations and also a notable decline from the pace of 6.4% experienced in the first quarter. For the first half of the year, growth was clocked in at 6.3%.

Economists believe that the decline in growth is largely attributable to the U.S.-China trade war. Despite the recent tariff truce, companies are skeptical about chances of a near-term solution. In fact, they believe that tensions could escalate if talks reach another impasse.

This is why a section of analysts think that Chinese authorities are likely to announce fresh stimulus measures in the months ahead. The People’s Bank of China is likely to reduce its reserve requirement ratio and cut interest rates in order to prevent growth from decelerating. Meanwhile, the government will continue to reduce taxes and fees to boost small and medium enterprises.

China’s industrial output increased 6.3% in June, easily exceeding market expectations. This represents a substantial recovery from the 17-year low the metric plummeted to in May. Additionally, fixed-asset investments increased 5.8% in the first half of the year. Private sector investment in such assets grew 5.7% in the second quarter, improving from 5.3% recorded in the first quarter.

Meanwhile, retail sales increased at an annualized pace of 9.8% last month, defying expectations of a decline. Additionally, the added value of high-tech manufacturing increased 9% during the first half, exceeding the 6% growth of major industrial companies.

Also, production of solar batteries and new-energy cars increased by 20.1% and 34.6%, respectively, during this period. The disposable income of Chinese residents increased 8.8% compared to the same period last year. Strong readings from these key metrics indicate that an improvement in economic quality is taking place.

Despite the decline in second-quarter GDP, China’s economic outlook remains encouraging. Several indicators show that economic quality is undergoing a major improvement. Additionally, authorities are likely to initiate further stimulus measures in the months ahead to negate the impact of trade tensions.

Investing in Chinese stocks still looks prudent. However, picking winning stocks may prove to be difficult.

This is where our VGM Score comes in. Here V stands for Value, G for Growth and M for Momentum and the score is a weighted combination of these three scores. Such a score allows you to eliminate the negative aspects of stocks and select winners. However, it is important to keep in mind that each Style Score will carry a different weight while arriving at a VGM score.

Hexindai Inc. is an operator of a consumer lending marketplace which facilitates loans in China.

Hexindai has a VGM Score of B. The company’s expected earnings growth for the current year is more than 100%. The Zacks Consensus Estimate for the current year has improved by 4.4% over the past 30 days. The stock sports a Zacks Rank #1. You can see the complete list of today’s Zacks #1 Rank stocks here.

JD.com has a Zacks Rank #2 (Buy) and VGM Score of B. The company has expected earnings growth of 99% for the current year.

China Eastern Airlines has a Zacks Rank #2 and VGM Score of A. The company’s expected earnings growth for the current year is more than 100%.