It was a busy week for the biotech sector, which saw collaborations and pipeline updates from quite a few companies before the earnings season. Galapagos (GLPG - Free Report) surged on a $5.1-billion deal with biotech major Gilead Sciences, Inc. (GILD - Free Report) , while Hookipa (HOOK - Free Report) soared on FDA clearance of its IND. However, Amgen (AMGN - Free Report) faced yet another setback in its Alzheimer’s study.

Gilead Collaborates With Galapagos for $5.1 Billion:  Gilead Sciences, Inc. entered a 10-year global research and development collaboration with Galapagos NV, whereby the former will gain access to an innovative portfolio of compounds, including six molecules currently in clinical trials, more than 20 preclinical programs and a proven drug discovery platform.

In exchange, Gilead will make a $3.95-billion upfront payment to Galapagos and a $1.1-billion equity investment in the same. Galapagos will use the proceeds to expand and accelerate its research and development programs. Gilead’s equity investment will consist of a subscription for new Galapagos shares at €140.59 per share. The price represents a 20% premium to Galapagos’ 30-day, volume-weighted average price. As a result, Gilead’s stake in Galapagos will increase to 22% from 12.3%. In addition, Galapagos intends to seek shareholder approval to issue two warrants, allowing Gilead to further increase its ownership of Galapagos to up to 29.9% of the company’s issued and outstanding shares. The agreement also includes a 10-year standstill, restricting Gilead’s ability to seek acquisition of Galapagos or increase its stake beyond 29.9% of the company’s issued and outstanding shares, subject to limited exceptions.

Per the terms, Gilead will gain rights to Galapagos’ late-stage candidate, GLPG1690. The candidate is in phase III for idiopathic pulmonary fibrosis. Gilead will pay Galapagos an additional $325-million milestone fee if GLPG1690 is approved in the United States. Gilead also will receive option rights for GLPG1972, a phase IIb candidate for osteoarthritis, in the United States for a $250-million fee.  In addition, the company will receive option rights to Galapagos’ other current and future clinical programs outside Europe. If certain secondary efficacy endpoints are met, it would pay up to an additional $200 million. Following opt in, Galapagos would be eligible to receive up to $550 million in regulatory and commercial milestones.

For all other programs resulting from the collaboration, Gilead will make a $150-million opt-in payment per program and owe no subsequent milestones. Galapagos will receive tiered royalties of 20-24% on net sales of all its products licensed by Gilead as part of the agreement. Both companies already have an agreement for filgotinib. As a result of this new agreement, they have agreed to amend certain terms for filgotinib. The transaction is expected to close in the third quarter of 2019. Shares of Galapagos surged significantly on the news.

Amgen’s Alzheimer Study Fails:  Amgen announced that it is discontinuing two pivotal phase II/III studies evaluating its BACE1 inhibitor, CNP520, to prevent or delay the symptoms of Alzheimer's disease (AD) in a high-risk population. The two studies were being conducted under the Alzheimer's Prevention Initiative Generation Program, and were sponsored by Amgen and Novartis in collaboration with Banner Alzheimer's Institute. A review of clinical data from the study showed that some patients experienced worsening in cognitive function. This led the sponsors of the Generation Program to conclude that the potential benefit for participants in the studies failed to outweigh the risks.

Hookipa Pharma Surges on FDA Clearance of IND: Shares of Hookipa Pharma surged after the FDA cleared its Investigational New Drug (IND) Application for a phase I/II trial of HB-201. A TheraT-based immunotherapy, HB-201, is being evaluated for the treatment of Human Papilloma Virus (HPV)-positive cancers. Hookipa intends to start the phase I/II trial in the second half of 2019, with preliminary safety and efficacy data expected in late 2020 or early 2021. This will be the company’s first clinical trial in immuno-oncology.

Exelixis Adds & Expands Cohorts in Cabometyx Study: Exelixis (EXEL - Free Report) announced that amendments have been made to its multicentre, open-label, phase Ib study, COSMIC-021, evaluating lead drug, Cabometyx, in combination with Roche’s Tecentriq in patients with locally advanced or metastatic solid tumors.  Two original cohorts are being expanded and four cohorts are being included in the COSMIC-021 study. The original immunotherapy-refractory non-small cell lung cancer (NSCLC) and metastatic castration-resistant prostate cancer (CRPC) cohorts are being expanded to 80 patients each, based on encouraging early efficacy and safety data. Further, two expansion and two exploratory cohorts are being added to the study. The two new expansion cohorts will evaluate the above-mentioned combination in patients with metastatic CRPC, who have received prior enzalutamide or abiraterone therapy, with or without prior docetaxel therapy. Moreover, two exploratory arms, evaluating Cabometyx and single-agent Tecentriq in patients with metastatic CRPC, are being added to determine the individual contribution of each therapy.

Alkermes Includes Additional Indication to Study: Alkermes plc (ALKS - Free Report) plans to expand the NDA for ALKS 3831 to include the treatment of bipolar I disorder in addition to the treatment for schizophrenia, following a pre-new drug application (NDA) meeting with the FDA. The NDA for ALKS 3831, which is to be submitted in the fourth quarter of 2019, will include data from the completed ENLIGHTEN clinical development program in patients with schizophrenia and pharmacokinetic (PK) bridging data, comparing ALKS 3831 with Zyprexa. 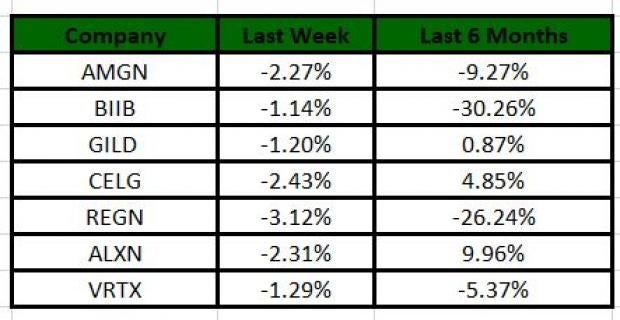 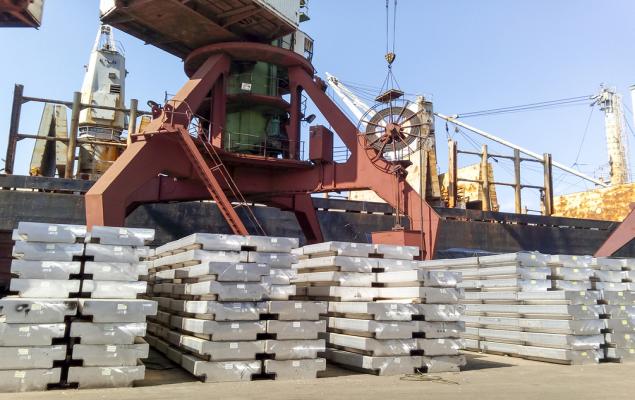 Is a Beat in Store for Avery Dennison's (AVY) Q2 Earnings?