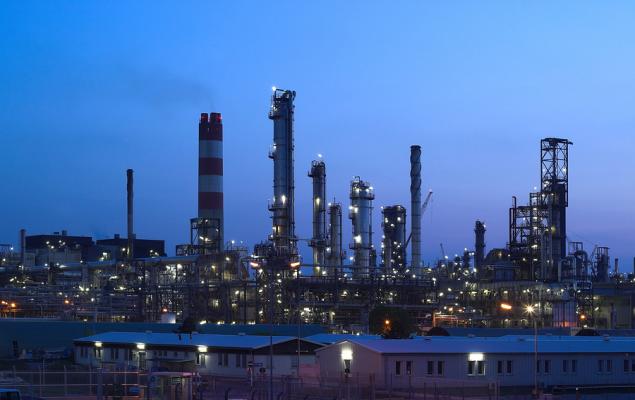 National Oilwell Varco, Inc. (NOV - Free Report) reported an adjusted loss of 4 cents per share in second-quarter 2019, narrower than the Zacks Consensus Estimate of 7 cents loss. The adjusted figures exclude a goodwill write-down of $5.4 billion. Strong contribution from the Rig Technologies and the Wellbore Technologies segments led to this outperformance.

However, the bottom line fell from the comparable 2018 period profit of 6 cents as North American drillers scale back their production growth plans, leaving less work for the likes of National Oilwell Varco.

Recovery in the international business and cost reductions meant that adjusted EBITDA from the energy equipment maker’s Wellbore Technologies unit totaled $134 million, above the Zacks Consensus Estimate of $129 million.

Further, adjusted EBITDA from the Completion & Production Solutions segment came in at $52 million, in line with the Zacks Consensus Estimate. The unit benefited from higher offshore and international demand for equipment associated with completion and production.

Total revenues of $2.1 billion beat the Zacks Consensus Estimate by 2.4% and rose 1.2% from the year-ago period.

Rig Technologies: Revenues came in at $671 million compared with $651 million in the year-ago quarter, reflecting an increase of 3.1% due to increased offshore share and higher sales from aftermarket operations. However, the unit’s adjusted EBITDA was $74 million, 11.9% lower than $84 million recorded in the year-ago quarter, pulled down by decreasing land capital equipment sales.

Completion & Production Solutions: Revenues at the segment were $663 million, down 10.2% from $738 million in the year-ago quarter. The unit recorded adjusted EBITDA of $52 million, significantly lower than the year-ago figure of $94 million as customers continue to focus on reducing spending.

Capital equipment order backlog for Rig Technologies was $3.2 billion as of Jun 30, 2019, including $310 million worth of new orders.

Meanwhile, the Completion & Production Solutions segment’s backlog for capital equipment orders totaled $1.2 billion at the end of the second quarter. The figure included $548 million of new orders – the most for a quarter in five years.

National Oilwell management said that the tightness in the North American upstream companies' investment budget has led to a ‘generational oilfield downturn’. While the domestic oil producers are unlikely to increase spending anytime soon, the company sees stronger business internationally, and particularly in offshore. In response to the changing market dynamics, National Oilwell Varco is looking to continue its disciplined approach to capital spending and improve efficiency.

Canada-based TC Energy has an excellent track of outperforming estimates over the last four quarters at an average rate of 14.8%.