Gold prices scaled to a six-year high as discouraging service sector data diminished chances of a rate hike in the near future. In fact, the apparent slowdown in service activities has raised chances of a rate cut at the September FOMC meeting. Needless to say, the Fed has trimmed rates for the first time in nearly a decade in July.

With almost no chance of a rate hike, yield-bearing assets have lost their appeal, which in turn benefits gold. Given that there is upside potential for gold, investing in stocks that have significant exposure to this metal seems prudent.

U.S. Service Sector Expands at the Slowest Pace in 3 Years 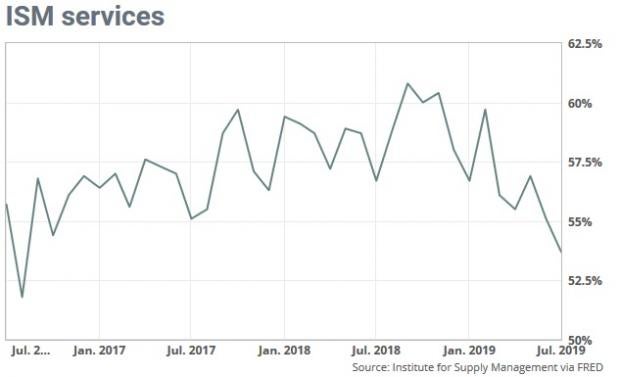 The rate of growth in the service sector predominantly cooled off due to tariff concerns. President Trump in a series of tweets recently said that the United States would impose a 10% tariff on $300 billion of Chinese products starting Sep 1.

The President aims to extract trade concessions from China on an array issues, including intellectual property theft and currency manipulation. Beijing, in the meanwhile, is possibly looking to defer a trade deal decision until the U.S. presidential election next year. China has requested its state-owned companies to halt the import of American agricultural commodities.

Thanks to the dovish expectations, gold prices scaled north. This is because lower interest rates tend to make bonds and other fixed-income investments less attractive.

Money will flow out of bonds as they can’t provide higher yields, and in turn may flow into gold. It’s worth pointing out though that the yellow metal offers no yield at all.

As gold glitters, gold mining stocks have a fair chance to gain. We have, thus, selected four such stocks that flaunt a Zacks Rank #1 (Strong Buy) or 2 (Buy).

AngloGold Ashanti Limited (AU - Free Report) operates as a gold mining company. The company has a Zacks Rank #2. The Zacks Consensus Estimate for its current-year earnings has moved up 10.9% over the past 60 days. The company’s expected earnings growth rate for the current year is 111.3% compared with the Mining - Gold industry’s estimated rally of 10.3%.

Kinross Gold Corporation (KGC - Free Report) engages in the acquisition, exploration and development of gold properties in the United States. The stock currently has a Zacks Rank #1. The Zacks Consensus Estimate for its current-year earnings has climbed 75% in the past 60 days. The company’s expected earnings growth rate for the current year is 110% compared with the Mining - Gold industry’s projected rally of 10.3%.

Newmont Goldcorp Corporation (NEM - Free Report) operates in the mining industry. The company primarily acquires, develops, explores for, and produces gold, copper, and silver. Its operations and/or assets are located in the United States. The stock currently has a Zacks Rank #2. The Zacks Consensus Estimate for its next-quarter earnings has increased 2.6% in the past 60 days. The company’s expected earnings growth rate for the next year is 56.2% compared with the Mining - Gold industry’s projected rally of 29.9%. You can see the complete list of today’s Zacks #1 Rank stocks here.

Sandstorm Gold Ltd. (SAND - Free Report) focuses on acquiring gold and other metal purchase agreements and royalties from companies that have advanced stage development projects or operating mines. The stock currently has a Zacks Rank #2. The Zacks Consensus Estimate for its next-year earnings has advanced 11.1% in the past 60 days. The company’s expected earnings growth rate for the current year is 100% compared with the Mining - Gold industry’s projected rally of 10.3%. 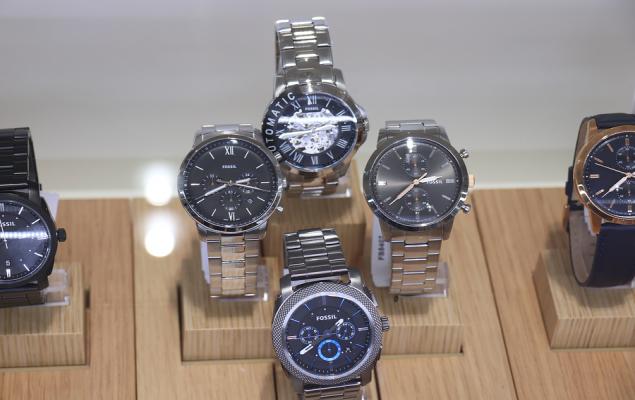