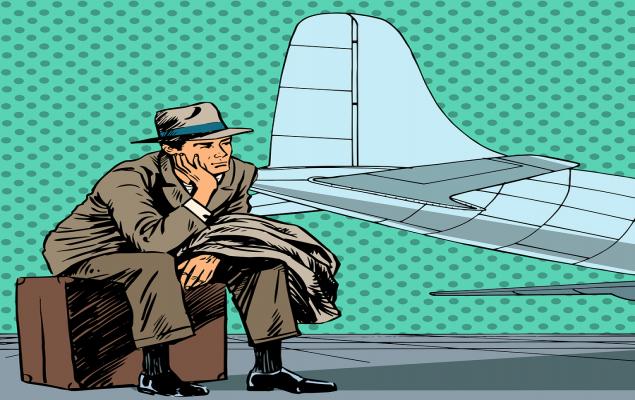 Investors are getting skittish with this market. First it’s the trade war and the President getting tough on China, and then it’s China refusing to back down. Then, the tariffs and pressures on the country push the yuan to multi-year lows (below 7 a dollar), which is something of an unspoken ceiling. This sets off a reaction from Washington that China is a currency manipulator. But actually, the Chinese government just hasn’t defended the currency as aggressively as it has done in the past, (possibly) figuring that the weakness will be good for exports and offset tariff pressures.

And then all hell breaks loose, because it really is good for exports, and causes the dollar to strengthen relatively, increasing pressure on U.S. exports. So, is the government going to step in and start selling dollars from its 85-year-old Exchange Stabilization Fund, as it has done in the 1960s and 1970s? The answer is, we don’t know. But a Bofa analyst thinks it isn’t going to be that easy and could impact the sovereign debt.

So rather than dwelling on what could happen in a recession, and whether we are going to have one at all, it’s probably a better idea to look for stocks that can generate income when Mr. Market doesn’t oblige.

With that and the importance of relevant industries in mind, I’ve picked a few names, you can see for yourselves-

Next in line is Permianville Royalty Trust , which is also a Zacks Rank #1 stock with a VGM Score of B. A P/E of 9.58X makes it a no-brainer when compared with the industry’s 51.00X. Its dividend yields 11.2%.