The Federal Open Market Committee (FOMC) of the Federal Reserve meets on a regular basis to decide on short-term interest rates. An increase in interest rates can have both positive and negative effects on consumers’ budgets. For a saver, it is pleasing, but for a borrower, it’s distressing.

In a broad sense, the Fed lowers interest rates in order to stimulate growth in economic activities. As interest rates are essentially the cost of money, a relatively lower rate reduces the cost of borrowing for consumers. Consequently, consumers have greater access to funds and as a result increase their spending, which stimulates the economy.

Here are some of the most significant ways in which interest rate hikes/cuts usually impact an average consumer.

The direct impact on consumers’ pockets is often the change in spending habits that is strongly correlated to an increase or decrease in rates. It should be noted that a change in interest rates can have different effects on consumer spending habits, depending on a number of factors. These include current rate levels, expected future rate changes, consumer confidence and the overall health of the economy.

It is possible for interest rate changes, either upward or downward, to impact consumer spending and saving. But, the ultimate determinant of the overall effect of interest rate changes primarily depends on the consensus attitude of consumers as to whether they are better off spending or saving in view of the change.

In a low interest rate environment, people are more willing to spend money on big purchases such as cars or homes. When consumers pay less interest, they have more disposable income. This creates a ripple effect of increased spending across the economy.

The current level of rates and future rate expectations often determine consumer decisions. For example, if the rate falls from 8% to 7% and further declines are expected, consumers may put major purchases on hold until rates are lowered. If rates are already at very low levels, they are usually influenced to spend more to take advantage of good financing terms.

Economic conditions also impact consumer reaction to interest rate changes. Even with attractive low rates, consumers may not be able to take advantage of financing in a depressed economy. Consumer confidence about the economy and future income prospects also determine the extent to which they are willing to increase spending and financing obligations.

When the Fed intervenes to adjust interest rates, it is ideally done to avoid either inflation or recession. Too little money in the market may lead to a recession as spending is severely curtailed by businesses and consumers. On the contrary, increase in money supply lowers its value.

The federal funds rate determines how investors park their money. Returns on both certificates of deposit and Treasury bonds are directly affected by this rate. In a rising rate environment, businesses and consumers cut back on their spending, which results in earnings dilution and stock price decline. On the contrary, when interest rates fall significantly, consumers and businesses increase spending, causing stock prices to rise.

A Simple Way to Build Wealth

No matter what your financial goals are, investing in quality stocks is an option worth considering. Stocks have produced better returns than other kinds of investments over the years and generated significant wealth for shareholders. If you're interested in stocks but you're nervous about picking the right ones, Zacks can help. Our research team makes it simple to find long-term buys with long-term wealth-building potential. Starting today, you can see our private selection of stocks priced under $10, Warren Buffett-style value picks, dividend stocks and more. Click here for your sneak peek >> 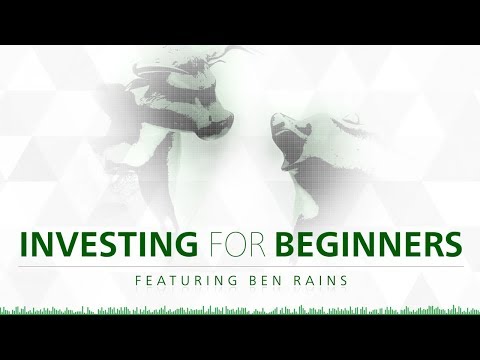 Investing For Beginners: Why Should You Invest?