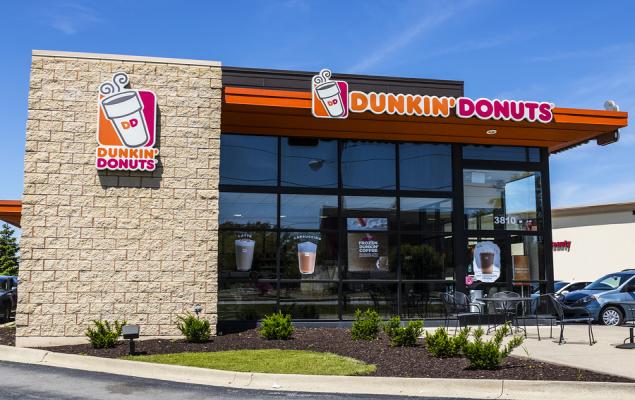 Dunkin' Brands Group, Inc. (DNKN - Free Report) announced that its Baskin-Robbins brand signed a multi-unit agreement to open 10 locations across Upstate New York. These locations will include Syracuse, Southern Tier and Wilkes-Barre/Scranton, PA. As part of the deal, the company already opened a location in Horseheads. Further, in late summer, it plans to launch two Baskin-Robbins shops in Painted Post.

The move primarily underscores Dunkin’ Brands’ relentless focus on expansion. It also suggests that the company is focusing on recovering its ice cream sales, which have faced some drag in the recent past.

However, in the second quarter of 2019, the company witnessed rise in ice cream sales. The recent move is likely to drive growth for Dunkin’ Brands in the quarters ahead. Notably, strong brand presence and other sales-building efforts have led the company’s shares to gain 27.5% so far this year compared with the industry’s rally of 29.1%. 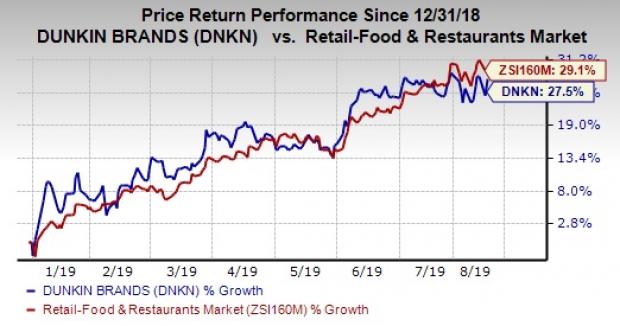 Apart from domestic expansions, Dunkin’ Brands is increasing footprint in the emerging markets of Asia and the Middle East. The company also considers the untapped market of South Africa a great potential, and has inked a franchise agreement to develop more than 250 Dunkin' restaurants and more than 70 Baskin-Robbins shops there over the coming years. Such expansion strategies should boost its top line.

The company sees Chile, Philippines, Thailand and Germany on the top of its priority list as these are driving positive results. Meanwhile, Dunkin’ Brands is working on the design of its restaurants’ image and plans to have beta locations in the market by later this year. The new design is believed to be transformational from a design, equipment and technology perspective.

We believe that the above-mentioned move will help Dunkin’ Brands witness greater revenues in its Baskin-Robbins U.S. segment. In the second quarter of 2019, Baskin-Robbins U.S. revenues grew 1.3% from the prior-year quarter to $10.3 million, owing to rise in ice cream sales and rental income.

The move will also help the company fortify its overall top line. In the last reported quarter, the company’s total revenues improved 2.5% year over year.