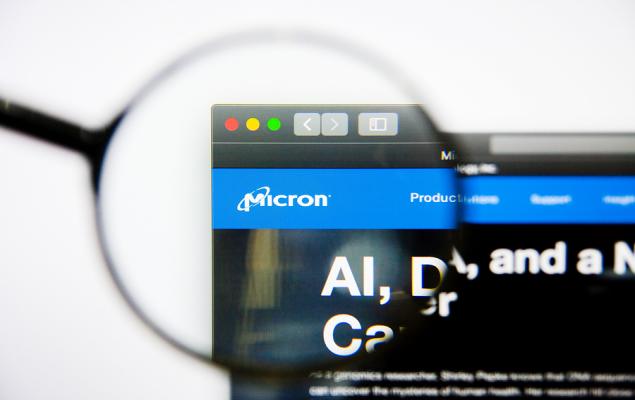 The Micron LPDDR4X is designed to provide a memory subsystem for the emerging 5G mobile technology that can deliver higher data rates and real-time data processing to enhance mobile device users’ experience.

Currently, demand for high-capacity memory and storage is being driven by data-intensive mobile applications in flagship smartphones and mid- to high-end mobile devices. Micron’s memory chip is available in a UFS-based multichip package (uMCP4) to support this demand trend.

Notably, an LPDDR4X reduces power consumption of the memory system by 18-20%, while enabling powerful memory bandwidth to meet the heavy demands of many core CPU and GPU subsystems in modern smartphone SoCs.

Micron started to ship its LPDDR4X and uMCP4, keeping pace with the industry’s transition to 1z nanometer node, moving ahead in the race for better memory capacity and performance for current and next-generation mobile devices.

In separate news, Micron announced that it is scaling up its DRAM efforts by beginning mass production of 16Gb DDR4 products using 1z nm process technology.

A Push to Mobile Business Unit

The U.S.-China trade war has been affecting Micron for a long time. Starting mid-May, the company suspended chip shipments to Huawei, which accounted for nearly 13% of its revenues in the first two quarters of fiscal 2019, in response to the export ban imposed by the U.S. government.

In the last reported quarter, revenues from the Mobile Business Unit of $1.2 billion declined 33% on a year-over-year basis and 27% sequentially due to lower shipments to Huawei.

However, management is optimistic that 5G adoption, advent of the foldable phones and advanced cameras will drive the company.

Notably, 5G will require more powerful applications, which will need higher memory and storage not only in smartphones, but also in machine-to-machine on the IoT front. Micron, with its strong product portfolio, seems to be fully equipped to take advantage of the emerging 5G industry.

LPDDR4X support was first introduced by MediaTek in collaboration with Samsung and SK Hynix, on the Helio P20 device.

Notably, earlier this year, Samsung announced that it has begun mass production of 12 GB LPDDR4X RAM for premium smartphones.

However, Micron’s efforts in DRAM advancements, and increasing demand for 5G-related products encourage us.

Long-term earnings growth rate for Anixter, LogMeIn and Perficient is currently projected to be 8%, 5% and 10.8%, respectively.