President Donald Trump has never failed to surprise investors. Once again, amid speculations about intensifying Sino-US trade war to cause a recession in global economies, the Trump administration startled the world. The president recently announced his plans to delay tariffs on certain goods falling under the list of $300 billion of Chinese imports that were subject to 10% tariffs from Sep 1 until Dec 15.

Cheering the investors around the globe, the news received positive response from some major indices. Accordingly, the major US indices like the S&P 500 Index was up 1.5%  along with a 1.4-2% rise in the Dow Jones Industrial Average Index and NASDAQ Composite Index, respectively (as on Aug 13) (read: Safe-Haven ETFs Rally on Global Unrest: ETFs to Snap Up).

A Glance at the New Tariff Decision

Per a Reuters article, tariffs on those categories were delayed wherein supplies from China account for more than 75% ofthe total U.S. imports. Going by a U.S. Census data, China provided 82% and 94.5% of the U.S. cell phones and laptops, respectively, in 2018.

It is worth mentioning here that in early August, Trump had announced a 10% tariff on the remaining Chinese imports worth $300 billion, which cover almost all exports from China to the United States. The new tariff will be implemented Sep 1 onward. China has retaliated with tariffs on $110 billion of American goods to date including agricultural products. But in a retaliatory move to the new round of tariffs, China devalued its currency to an 11-year low and stopped purchases of U.S. farm products (read: ETF Areas Under Focus on China's Yuan Devaluation).

What Triggered the Move?

The decision came after the officials from both countries had an apparently positive telephonic conversation. Moreover, Trump has expressed his concerns over the probability of higher tariffs compromising on the US citizens’ purchasing power during the Christmas. In this regard, Trump had said to some reporters in New Jersey that, “we're doing this for Christmas season, just in case some of the tariffs would have an impact on US customers.”  Studying the decision, Jan Hatzius, chief economist of the Goldman Sachs Group Inc. commented that“it suggests that the disruption in financial markets over the last several days could have led to a softening of the White House position.”

There is no denying the fact that stocks in the technology sector like Apple Inc. (AAPL - Free Report) , which itself increased 4.2% on Aug 13, will be gainers from the latest move. However, we will like our investors to focus on other areas that are well poised to gain traction from this move.

The fund seeks to match the price and yield of the S&P Asia 50 Index, before fees and expenses. The Index measures the performance of some of the leading companies from Asian countries. The ETF holds 51 stocks in the basket. The fund’s AUM is $1.01 billion and the expense ratio, 0.50%. It inched up 1.1% on Aug 13 (read: Markets & ETFs Digest Trade Spat: Is It a Dead-Cat-Bounce?).

The iShares S&P 500 Growth ETF seeks investment results that match the price and the yield performance of the S&P 500 Growth Index. This ETF has AUM of $23.33 billion. It holds 295 stocks in the basket. The fund charges an expense ratio of 0.18%. It gained 1.6% on Aug 13 (read: US-China Truce Talks Begin: ETFs to Shine).

This fund seeks long-term growth by tracking the investment returns, before fees and expenses, of the FTSE China 50 Index. It comprises 50 holdings. The fund’s AUM is $4.66 billion and the expense ratio came in at 0.74%. The fund has gained 1.6% on Aug 13  (read: Bet on BlackRock's Megatrends With These ETFs).

Although the decision to delay the tariffs has cheered the investment community, the same left a specific group of analysts and business houses dissatisfied. Some analysts believe that the speed at which ‘attacks and retaliations’ are taking place followed by the decision reversals in this trade-war game, it is increasing the ambiguity and uncertainty in the global markets.

Such periods of high volatility and uncertainty keep investors on edge while making it difficult for business houses to plan out a strong and concrete business strategy and capital expenditures. For example, the latest decision delays the imposition of new tariffs on Apple’s cell phones but subjects its air pods and smart watches to the same. Nevertheless, there is no denying the fact that Trump’s latest move will again raise some hopes for a truce between the two largest economies. 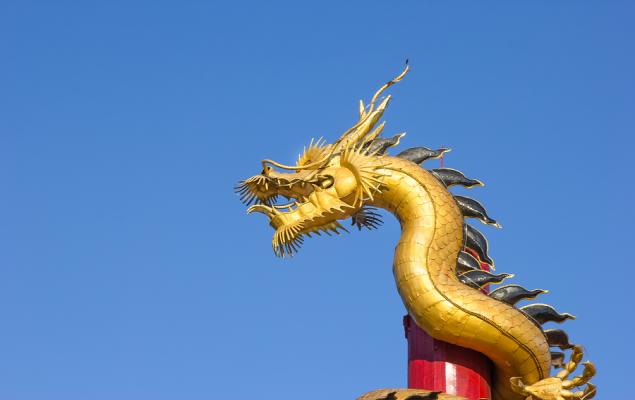