In the past week, Latin American carrier — LATAM Airlines (LTM - Free Report) — reported a narrower-than-expected loss for second-quarter 2019. The quarterly loss also decreased on a year-over-year basis. Results were aided by an uptick in passenger revenues, a decline in non-fuel unit costs and favorable foreign currency movements.

On the non-earnings front, Delta Air Lines (DAL - Free Report) grabbed headlines by virtue of the decision to bolster its 2020 capacity by 15% year over year between the UK and its coastal hubs in Boston and New York-JFK. Also, Delta’s partner Virgin Atlantic will introduce additional flights. Meanwhile, United Airlines (UAL - Free Report) announced its decision to introduce flights connecting four of its U.S. hubs and Tokyo's Haneda International Airport from Mar 28, 2020.

1. LATAM Airlines’ second-quarter 2019 loss of 10 cents per share was narrower than the Zacks Consensus Estimate of a loss of 13 cents. The company had incurred a loss of 19 cents a year ago. Total revenues increased year over year to $2,288.9 million but missed the Zacks Consensus Estimate of $2,376.2 million. The year-over-year improvement was driven by a 3.2% rise in passenger revenues, which accounted for 85.2% of the top line. During the quarter, more than 16.8 million passengers (up 8.3%) opted to fly with LATAM Airlines and its subsidiaries. The uptick can be attributed to strong performances at the carrier’s domestic markets. Cargo revenues, however, declined 10.2% in the quarter.

LATAM Airlines expects to end 2019 with an operating fleet of 328. The metric is expected to increase to 330 and 335 at the end of 2020 and 2021, respectively. The carrier still anticipates current-year operating margin between 7% and 9%. Consolidated capacity growth (measured in available seat miles or ASMs) is still estimated in the 3-5% range for the same period.

2. In a bid to meet robust demand for air travel during the summer season, Delta and partner Virgin Atlantic aim to boost capacity next year across the Atlantic by nearly 10,000 seats a week. Following this decision to expand its UK network, more flights will operate to Heathrow from 2020. For instance, from Mar 28, 2020, Delta will increase its New York JFK-Heathrow service to three flights per day. (Read more: Delta to Boost US-UK Services With Virgin Atlantic)

3. With the Summer Olympic Games to be held in Tokyo next year, United Airlines’ decision to introduce additional flights connecting its hubs in Chicago, Los Angeles, New York/Newark and Washington, D.C. with Tokyo's Haneda International Airport is a prudent one. Moreover, the Haneda International Airport is popular among business travelers for its convenient location as it is stationed close to downtown Tokyo. The new flights, which will be operational subject to government approval, will add to the airline’s existing nonstop daily service between San Francisco and Haneda. (Read more: United Airlines to Start Additional Tokyo Services Next Year)

4. As part of its plans to fortify presence in Hawaii, Southwest Airlines intends to operate daily nonstop flights connecting Sacramento and Honolulu. Additionally, it will introduce flights connecting Oakland and San Jose with Lihue and Kona. The Sacramento-Honolulu, Oakland-Kona and San Jose- Lihue flights are set to be launched on Jan 19, 2020, while the Oakland-Lihue and San Jose-Kona flights will commence operations on Jan 21, 2020. Simultaneously, the airline will start inter-island flights connecting Honolulu with Hilo and Lihue. Once these flights become operational, investors will keenly await their impact on Hawaiian Airlines — the wholly-owned subsidiary of Hawaiian Holdings (HA - Free Report) — whose primary market is Hawaii. (Read more: Southwest to Offer Hawaii Additional Flights in 2020) 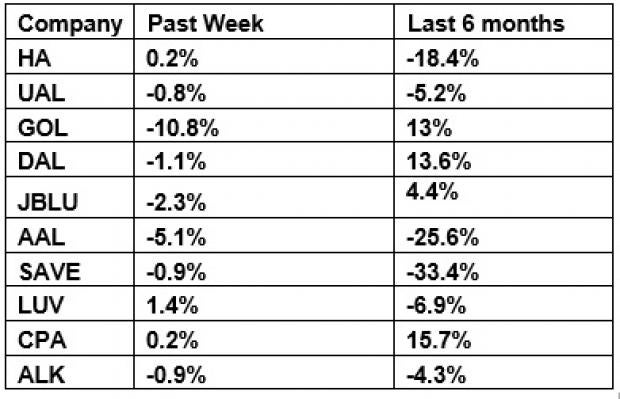 The table above shows that almost all airline stocks traded in the red over the past week resulting in the NYSE ARCA Airline Index declining 2.1% to $95 in the period. Over the course of six months, the index depreciated 8.4%. 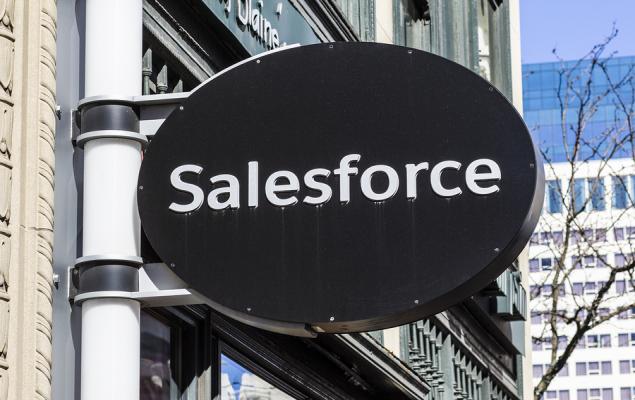