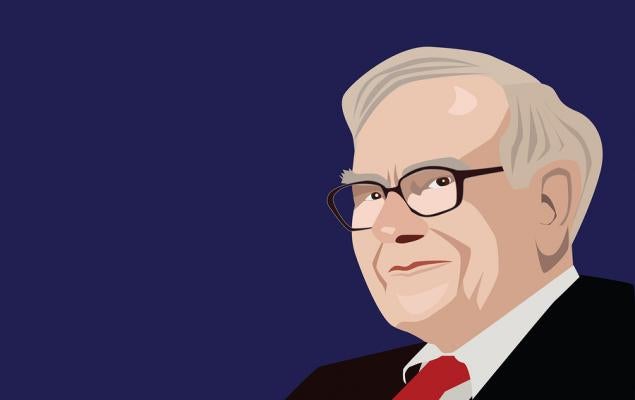 Warren Buffett is Buying More Bank Stocks: Should You Too?

Investors seem to be reluctant to take positions in banking stocks. Over the past year, KBW Nasdaq Bank Index and SPDR S&P Bank ETF have lost 18.1% and 16.9%, respectively, while S&P 500 index is up 1.4%.

Apart from these, it holds stake in other banks like M&T Bank (MTB - Free Report) and PNC Financial. Notably, Buffett added to his positions in some of the above-mentioned banks in the second quarter as well amid a challenging operating backdrop for the sector.

As we all know, banks thrive during strong economic growth, with significant demand for loans and higher interest rates. But none of these seem to be happening right now.

The Federal Reserve cut interest rates for the first time in a decade in July 2019. Markets are expecting more cuts occurring later this year and next year as well. Additionally, demand for loans have been tepid for the past several quarters. The same has become more pronounced this year as trade war worries have led corporates to delay capital investments.

Further, investors and markets at large are skeptical about economic growth. There have been increasing worries about slowdown as yield curves are inverting, indicating impending recessionary trends.

But recession worries seem to be overblown. The U.S. economy is doing well (though the growth is not that strong). Further, consumer sentiments are fairly positive, with historically low unemployment rates and rise in wages. However, several geopolitical factors such as trade war concerns and uncertainty over Brexit are expected to have an adverse impact on the economy.

Now, you must be wondering then why Warren Buffett is buying more stake in banking stocks while the sector is facing tough operating environment? Well, on a closer look at the banks that are part of his portfolio, we see that these have diversified business operations and are undertaking initiatives to strengthen business.

As a result of stringent regulations following the 2008 financial crisis, banks are better positioned to face another downturn. Further, banks have been reporting a significant rise in quarterly profits, which also lead to gains for Warren Buffett.

Also, these banks returned more than $100 billion to shareholders through share buybacks and dividend payouts for the 12-months ended Jun 30, 2019. Further, following the conclusion of this year’s annual exercise that led to approval of their capital plans, the banks intend to reward shareholders even more. (Read more: Banks' Capital Plans Approved: Shareholders to Get Wealthier)

So, Warren Buffett, who holds big stakes these banks, will definitely continue to benefit. Further, at present, the bank stocks are undervalued compared with the finance sector.

The Zacks Major Regional Banks industry currently has a trailing 12-month P/TBV of 1.92X. This compares with the highest level of 2.68X, lowest level of 1.44X and median of 2.08X over the past five years. Also, the industry is trading at a discount when compared to its broader sector, as the trailing 12-month P/TBV for the Zacks Finance sector is 3.76X, as the chart below shows.

Thus, major banks seem to be good pick for income and growth investors. Therefore, this is the right time to buy a few big names from the banking sector.