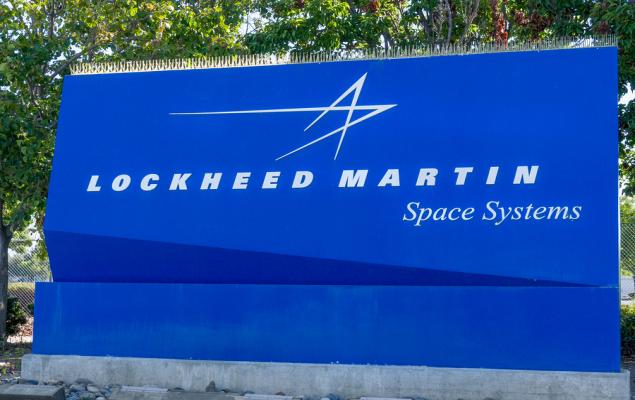 Majority of the task will be carried out in Fort Worth, TX; El Segundo, CA; Owego, NY; Samlesbury and Cheltenham, the United Kingdom (read more: Lockheed Wins $2.4B Deal to Supply Spares for F-35 Jets).

2.General Dynamics’ business subsidiary, National Steel and Shipbuilding Co. ("NASSCO"), clinched a $1.08-billion contract for the construction of Expeditionary Sea Base ("ESB") 6 and 7 ships. The deal was awarded by the Naval Sea Systems Command, Washington, DC.

Work related to the deal is expected to get completed by January 2025. Majority of the task will be performed in San Diego, CA, (read more: General Dynamics' NASSCO Wins $1B Deal to Build ESB-6 & 7).

The company also secured a $349-million contract related to the Phase 2 of the Maritime Strike Tomahawk Rapid Deployment Capability. The contract was awarded by the Naval Air Systems Command, Patuxent River, MD.

Majority of work related to the deal will be executed in Tucson, AZ, while the entire deal is scheduled to get completed by February 2023 (read more: Raytheon Wins $349M Navy Deal to Support Tomahawk Missiles).

Majority of work related to the deal will get executed in Tucson, AZ. Raytheon is expected to complete the task by March 2023 (read more: Raytheon Wins $191M Deal to Support ESSM Block 2 Program).

4. Boeing secured a $500-million contract for providing F-15QA aircrew and maintenance training to support the Qatar Emiri Air Force ("QAEF"). Work related to the deal is scheduled to be completed by August 2026.

The company also won a $145.9-million modification contract, under which it will remanufacture 11 Apache aircraft, and new build Longbow Crew Trainer and spares. Work related to the deal is scheduled to be completed by Mar 29, 2024.