On Sep 6, the Department of Labor reported nonfarm payroll data for August that evoked mixed response within the industry circle. While the overall job growth rate fell well below the consensus estimate, signaling sluggish growth of the U.S. economy, better-than-expected wage rate growth is likely to result in higher consumer spending going forward and will bolster GDP.

Weak job growth, tepid manufacturing data, lower business spending and muted inflation are near-term concerns, which will likely compel the Fed to opt for a second rate cut in this month after July.

The U.S. economy added 130,000 jobs in August compared with the consensus estimate of 163,000. Moreover, job additions for the previous two months --- July and July ---- were reduced by 5,000 and 15,000, respectively. Excluding government hiring, private employers recruited just 96,000 people in August.

Notably, year to date, the U.S. economy has added 158,000 jobs on average per month as against 223,000 per month in 2018. This statistics clearly shows the slowing growth pace of the U.S. economy, which is currently witnessing the historically longest 11 years of expansion.

Despite weak job growth, unemployment rate remained unchanged at 3.7%, at its lowest in 50 years. Labor force participation rate rose to 63.2%, its highest level since August 2013. Moreover, the total number of Americans considered employed jumped 590,000 to a record 157.9 million.

Notably, U.S. consumer spending, which constitutes 70% of GDP, is still unaffected by the prolong trade conflict and tariff war. In fact, consumer spending is driving the U.S. economy since the beginning of the second quarter.

The Federal Reserve reduced the benchmark interest rate by 25 basis points in July after 11 years owing to slowing business confidence in the United States global economic slowdown, mainly in the Eurozone, China and Japan and muted inflation.

Despite a dovish monitory stance in 2019, Fed always cited that the fundamentals of the U.S. economy remains strong and there no chance of an immediate recession. However, U.S. business spending, especially the manufacturing sector, received some setbacks owing to a tariff war with China.

On Sep 6, Fed Chair Jerome Powell once again reiterated his pledge that the central bank will do whatever is needed to sustain U.S. economic expansion. As of Sep 8, per the CME FedWatch, there is 91.2% probability of a 25 basis points cut in benchmark lending rate by the central bank at its next FOMC meeting on Sep 17-18 and 8.8% chance of maintaining status quo.

Despite tepid job growth in August, professional and business services remained an exemption with a job addition of 37,000. Moreover, a possible cut in benchmark lending rate will lower borrowing costs for corporations and individuals. Low cost of capital is likely to inject more investment in the economy as well as in the stock market. This will further boost demand for business services providers.

At this stage, we have narrowed down our search to five such business services stocks which popped in past three months despite severe volatility and still have strong upside. Each of our picks carries either a Zacks Rank #1 (Strong Buy) or 2 (Buy). You can see the complete list of today’s Zacks #1 Rank stocks here.

Exponent Inc. EXPO operates as a science and engineering consulting company worldwide. Its offers analysis of product development, product recall, regulatory compliance and the discovery of potential problems related to products, people, property and impending litigation. It has two segments, Engineering and Other Scientific, and Environmental and Health. Exponent carries a Zacks Rank #2. 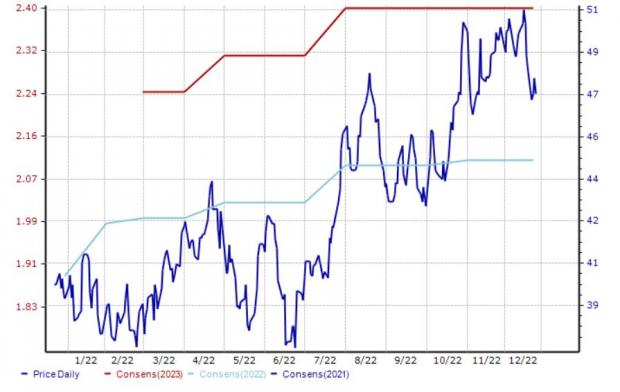 Knoll Inc. KNL designs, manufactures, markets, and sells commercial and residential furniture, accessories, and coverings for the workplace and residential markets in the United States, Canada, Europe, and internationally. It operates through Office and Lifestyle segments. Knoll has a Zacks Rank #2.