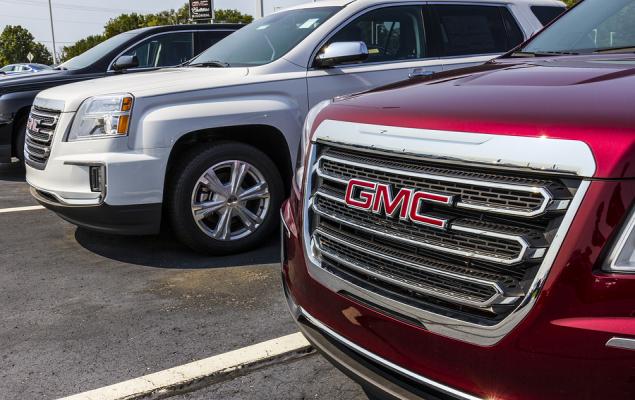 Welcome to Episode #194 of the Zacks Market Edge Podcast.

Every week, host and Zacks stock strategist, Tracey Ryniec, will be joined by guests to discuss the hottest investing topics in stocks, bonds and ETFs and how it impacts your life.

This week, Tracey is joined by David Bartosiak, Zacks Equity Strategist and Editor of Zacks Surprise Trader portfolio, to talk about the auto industry and auto stocks.

For the last several years, the worry about the auto industry has been “peak auto” which meant “peak earnings.”

But several other auto “signals” have also been giving investors pause, including the results of the auctions at 2019’s Monterey Car Week.

Monterey is a classic car show and auction held every year in California which features some of the world’s most expensive car auctions.

Total sales at this year’s event were down double digits from last year with sales of cars over $1 million being hit the hardest.

Other slow sales in the past have been 2000 through 2003 and 2008 through 2009, both time periods, not surprisingly, where the economy was in contraction.

Usually collectibles, whether art, baseball cards or cars, see a decline in value during a recession as they aren’t a necessity.

But the US economy currently isn’t in a recession, so what gives?

Auto Stocks Are Cheap, Should You Buy?

On the other end of the car industry are the new car manufacturers.

Peak auto has been the worry for the last several years as auto sales in North America hit a record but haven’t climbed further.

Additionally, now China is struggling as new car sales there have fallen for 14 months.

Still, some of the auto stocks trade with single digit P/Es.

Is this a buying opportunity?

1.       General Motors (GM - Free Report) has a forward P/E of just 5.5 even though shares are up 14.5% this year. Yet, workers have recently gone on strike which will put uncertainty into the shares. Shareholders are getting a dividend yielding 4.1% for their patience. Is this a value or a trap?

2.       Ford Motor Company (F - Free Report) is also extremely cheap with a forward P/E of 7.2. It has also rallied this year, adding 21%. But even still, it is paying a dividend yielding 6.5%. Is there any earnings growth expected going into next year?

5.       Tesla (TSLA - Free Report) is the only one of the five whose shares have fallen this year. They’re down 26.5% year-to-date. There’s still no P/E yet as analysts expect another year of losses in 2019. But with shares on the decline, is this a buying opportunity or a trap?

Find out more about the auto stocks on this week’s podcast.