On average, an implant costs $5,925, raking in huge profits for manufacturers. In fact, Global Market Insights states that the global breast implant market was valued at $2.3 billion in 2018 and is expected to see a CAGR of 10.5% by 2025, drawing potential investors.

However, with a steady rise in breast implant use, the FDA has identified the development of anaplastic large cell lymphoma (non-Hodgkin's), a rare type of cancer.

Last month, the agency asked pharmaceutical bigwig Allergan to voluntarily recall nearly a dozen of its Biocell textured implants since those were linked to non-Hodgkin's lymphoma. Notably, the FDA cited an additional 116 cases of breast implant anaplastic large cell lymphoma in women undergoing breast augmentations. Moreover, regulators have become aware of 33 deaths related to the disease, up significantly from nine deaths in February.

Let’s take a look at a few companies which offer a broad spectrum of breast implants and therefore might experience a slump owing to rising health concerns.

Stocks Likely to Bear the Brunt

Given the health concern, we have zeroed down on three stocks, each carrying a Zacks Rank #3 (Hold), which might be in for trouble. You can see the complete list of today’s Zacks #1 Rank (Strong Buy) stocks here. Also, these stocks have underperformed their respective industries over the past month.

Resultantly, the company’s second-quarter revenues have been impacted. Earlier, it also saw a 30% drop in worldwide breast implant revenues.

Experts opine that Allergan might as well be required to cease import, manufacture and export of the devices.

Reflective of these, over the past month, the stock has rallied 4.3%, underperforming the industry’s 5.7% rise. 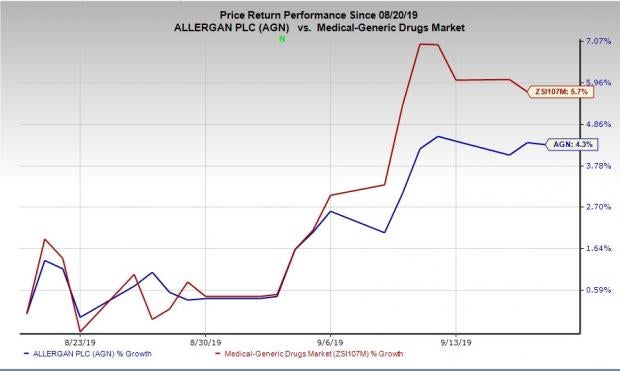 Next on our list is Johnson & Johnson (JNJ - Free Report) . The New-Jersey based MedTech bigwig acquired aesthetic surgical product manufacturer, Mentor, in 2017. Since then, the company has been raking in billions from its breast augmentation and breast reconstruction products. Notably, the FDA-approved flagship MemoryGel — a silicone breast implant — has seen robust demand. However, in the recent past, the implants have been said to be causing muscle pain, nausea and other such discomforting symptoms, leading to the filing of a lawsuit in a California state court.

Also, in March, Johnson and Johnson received a warning letter from the FDA for not having conducted post-approval long-term safety studies on their breast implants. The company is also yet to respond to the TGA (Therapeutic Goods Administration) in Australia, following Allergan’s product recalls.

Over the past month, the stock has slipped 0.2% against the industry’s 0.4% rise. 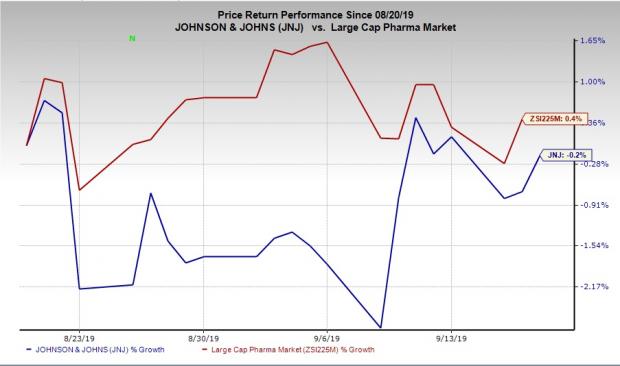 California-based Sientra, Inc. (SIEN - Free Report) is also under treat. The company offers a wide spectrum of breast implants like Sientra Platinum20, OPUS, AlloX2 for augmentations. Earlier, the company faced potential risks in the wake of the filing of cases against Johnson and Johnson’s products. In March, the company received a warning letter from the FDA for not having conducted post-approval long-term safety studies on their breast implants.

However, in the last reported quarter, Sientra saw 25% year-over-year growth in its breast products.

Over the past month, the stock has rallied 0.9% compared with the industry’s 2.3% rise. 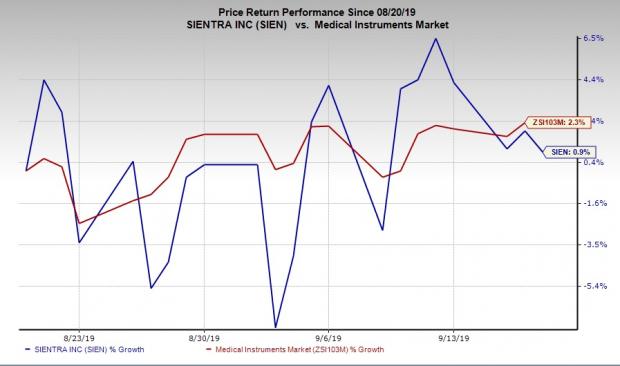 (We are reissuing this article to correct a mistake. The original article, issued on September 19, 2019, should no longer be relied upon.)