Oil prices are currently trending higher owing to rising Middle East tensions and an attack on Saudi oil facility that led to a disruption in the global supply of crude. The coordinated drone strikes on key Saudi oil facilities have removed nearly 5% of global supplies, an attack that the United States blamed Iran for.

U.S. Secretary of State Mike Pompeo said that the attack was a “state-on-state act of war” by Iran, but the United States is still committed to find a diplomatic solution with Iran. U.S. Secretary of Defense Mark Esper added that the United States will send troops to Saudi Arabia but that would be “defensive in nature.” U.S. treasury secretary Steven Mnuchin said that “the United States will continue its maximum pressure campaign against Iran’s repressive regime, which attempts to achieve its revolutionary agenda through regional aggression while squandering the country's oil proceeds.”

Meanwhile, a positive trade deal between the United States and China would support crude since the trade dispute has impeded global economic expansion. Things are, in fact, looking up at the trade front. While U.S. Trade Representative’s office did say that trade talks with China were “productive” over the weekend, China's Commerce Ministry added that the talks were “constructive.”

Concerns about economic recession were also weighing on crude prices for quite some time. But, higher factory output and strong consumer spending data have eased worries about an impending recession.

The Federal Reserve recently said that industrial production, a measure of factory, mining and utility output, increased at a seasonally adjusted rate of 0.6% in August from the prior month. The reading was well above analysts’ expectation of a 0.2% increase. At the same time, retail sales rose 0.4% last month, lifted by spending on motor vehicles, building materials, healthcare and hobbies.

How to Play Oil’s Northward Journey

It’s quite obvious, from bigwig oil producers to rig operators to pipeline owners; all are likely to witness a rally in their share prices as oil prices scale upward. Energy shares have been one of the poorest performers so far this year, however, now this continuous uptick in oil prices will surely lure investors back. 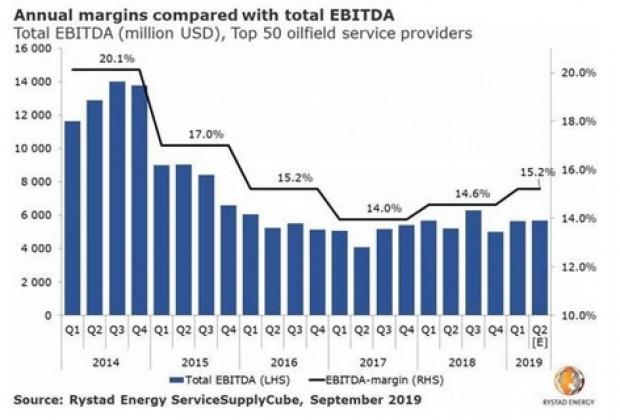 As crude oil prices move north, prices of essential goods and commodities also increase. And value of gold rises when inflation picks up. After all, it acts as a hedge against inflation. In fact, theoretically, more than 60% of the time, gold and crude oil have a direct relationship. Thus, with oil prices moving north, shares of gold mining companies are poised to gain traction.

We have, thus, selected five solid stocks from the aforesaid areas that can make the most of this bullish oil market. These stocks carry a Zacks Rank #1 (Strong Buy) or 2 (Buy).

Smart Sand, Inc. (SND - Free Report) , an integrated frac sand supply and services company, engages in the excavation, processing, and sale of industrial sands for use in hydraulic fracturing operations in the U.S. oil and gas industry. The company has a Zacks Rank #1. The Zacks Consensus Estimate for its current-year earnings has moved up 86.3% over the past 60 days. The company’s expected earnings growth rate for the current year is 17.3% against the Oil and Gas - Field Services industry’s estimated decline of 6.1%.

Pembina Pipeline Corporation (PBA - Free Report) provides transportation and midstream services for the energy industry in North America. The company has a Zacks Rank #2. The Zacks Consensus Estimate for its current-year earnings has moved 26.5% north over the past 60 days. The company’s expected earnings growth rate for the current year is 21.5% compared with the Oil and Gas - Production and Pipelines industry’s estimated rally of 8.4%.

AngloGold Ashanti Limited (AU - Free Report) operates as a gold mining company. The company has a Zacks Rank #1. The Zacks Consensus Estimate for its current-year earnings has moved up 20.5% over the past 60 days. The company’s expected earnings growth rate for the current year is 154.7% compared with the Mining - Gold industry’s estimated rally of 21.2%. You can see the complete list of today’s Zacks #1 Rank stocks here.

Royal Gold, Inc. (RGLD - Free Report) acquires and manages precious metal streams, royalties, and related interests. The stock currently sports a Zacks Rank #1. The Zacks Consensus Estimate for its current-year earnings has moved 14.7% north in the past 60 days. The company’s expected earnings growth rate for the current year is 77.9% compared with the Mining - Gold industry’s estimated rally of 21.2%.

Kinross Gold Corporation (KGC - Free Report) engages in the acquisition, exploration and development of gold properties in the United States. The stock currently has a Zacks Rank #1. The Zacks Consensus Estimate for its current-year earnings has climbed 30% in the past 60 days. The company’s expected earnings growth rate for the current year is 160% compared with the Mining - Gold industry’s projected rally of 21.2%.

Why You Should Keep Reliance Steel (RS) in Your Portfolio