Take Two Interactive Software’s (TTWO - Free Report) publisher 2K recently announced that Sid Meier's Civilization VI will be available from Nov 22 on Xbox One and PlayStation 4 for $59.99. Moreover, all expansion packs will be available in a separate bundle for $49.99.

The Civilization VI Expansion Bundle will also be available on Nintendo’s (NTDOY - Free Report) Switch. Take Two had launched the base game on Nintendo Switch on Nov 16, 2018.

Notably, after a prolonged gap of almost 11 years, a Civilization game will be available on Sony (SNE - Free Report) and Microsoft (MSFT - Free Report) consoles. Take Two’s plan to launch the game on consoles is expected to strike the right chord with consumers as demand for console games is robust.

Newzoo projects console revenues to grow more than 13.4% year over year to $47.9 billion, fastest among the entire video game segments in 2019. Additionally, console represents more than 50% of the total games market in the United States.

Take Two is leaving no stone unturned to tap on the huge growth potential. The company is actively promoting with Sony to attract PlayStation 4 users.

The company recently launched Borderlands 3 on PlayStation 4, Xbox One and PC via Epic Games Store. The shooter-looter series sold more than 5 million units within the first five days of its launch.

Additionally, Ancestors: The Humankind Odyssey launched for PC through Epic Games Store will be available on PlayStation 4 and across Xbox One devices in December 2019.

Moreover, The Outer Worlds, scheduled for launch on Oct 25, is expected to be one of the largest contributors to the company’s second-quarter fiscal 2020 net bookings, projected between $860 million and $910 million. Take Two expects GAAP net revenues between $855 million and $905 million for the said quarter. 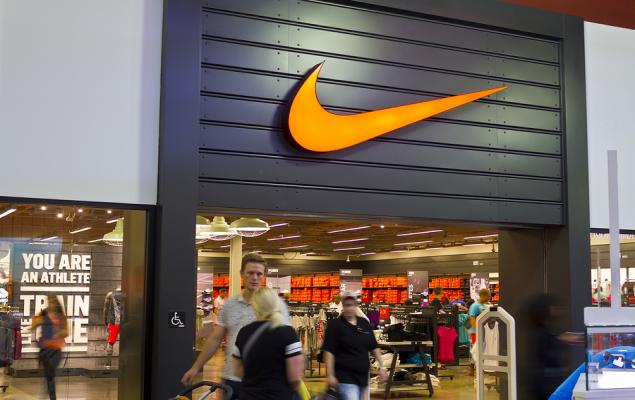 Nike Dashing Toward a Brighter Future: Here's How