Wall Street is likely to close in the green in September after a disappointing August. Despite the continuation of trade-related flip-flops, a major concern like the government bonds yield-curve inversion, which rattled stock markets in the previous month, did not reappear in September. Moreover, a second rate cut by the Fed and the release of a series of better-than-expected U.S. economic data allayed fears of an immediate recession.

Consequently, investors’ confidence in risky assets like equities strengthened. Several financial experts had warned that U.S. stocks may witness a repeat show of August’s disappointment. Moth to date, the three major stock indexes ---- the Dow, the S&P 500 and Nasdaq Composite ---- have gained 2.1%, 2% and 1.4%, respectively, reversing the losses of 1.7%, 1.8% and 2.6%, in August.

Let us discuss the likely three major growth drivers of stock markets for the rest of 2019.

On Sep 26, President Donald Trump told reporters that a U.S.-China trade deal could come sooner “than you think.” High-level delegations from both sides are scheduled to meet for fresh negotiation in the second week of October.

Notably, the year-long trade tussle between the United States and China has not only dented the GDP growth of these two countries, but also global economic growth. Prominent economic organizations like IMF, World Bank and OECD trimmed their global growth projection for 2019, citing U.S.-China trade conflict as the primary reason.

Several financial experts have also expressed hope that any sort of positive development like an interim trade deal between the two largest trading nations of the world will be a major catalyst for stock markets.

On Sep 17, the Federal Reserve reported that industrial production in August rebounded with a rise of 0.6%, reversing a 0.1% dip in July and beating the consensus estimate of 0.2% growth. Importantly, manufacturing production, which accounted for 12% of the U.S. economy, grew 0.6% in August after a decline of 0.4% in July.

On Sep 23, the National Association of Home Builders/Wells Fargo Housing Market Index, which tracks homebuilders’ sentiment, edged up 1 point to 68, the highest reading in a year. Moreover, existing home sales in August rose 1.3%, marking the strongest pace of sales since March 2018.

On Sep 26, the Department of Commerce reported that new home sales increased 7.1% to a seasonally adjusted annual rate of 713,000 units in August, slightly below the 12-year high level set in June. Year over year, new home sales grew 18%.

Since the beginning of 2019, the Fed has adopted a dovish stance, which helped to defuse trade-related volatility to a great extent. The central bank has reiterated several times that it will do whatever is necessary to support U.S. economic expansion. Already the central bank has reduced the benchmark interest rate by 50 basis points in two traches after 11 long years. Boyed by Fed’s assurance, market participants are expecting at least one more rate cut of 25 basis points within this year.

We have narrowed down our search to five growth stocks, with strong EPS estimate revision and future growth potential, that popped in September. Each of our picks carries a Growth Score of A and a Zacks Rank #1 (Strong Buy). You can see the complete list of today’s Zacks #1 Rank stocks here.

Smart Sand Inc. SND is a producer of northern white raw frac sand for the oil and gas industry. It offers proppant and related logistics services for oil and gas recovery from unconventional wells. The company has an expected earnings growth rate of 17.3% for the current year. The Zacks Consensus Estimate for the current year has improved 3.3% over the last 30 days. The stock has jumped 37.6% in the month.

Zumiez Inc. ZUMZ operates as a specialty retailer of apparel, footwear, accessories and hardgoods for young men and women. Its hardgoods include skateboards, snowboards, bindings, components, and equipment. The company has an expected earnings growth rate of 20.7% for the current year. The Zacks Consensus Estimate for the current year has improved 14.3% over the last 30 days. The stock has soared 24.9% in the past month.

Crocs Inc. (CROX - Free Report) designs, develops, manufactures, markets and distributes casual lifestyle footwear and accessories for men, women, and children worldwide. It offers various footwear products, including clogs, sandals, flips and slides, shoes and boots under the Crocs brand name. The company has an expected earnings growth rate of 65.1% for the current year. The Zacks Consensus Estimate for the current year has improved 1.4% over the last 30 days. The stock has soared 24% in the past month. 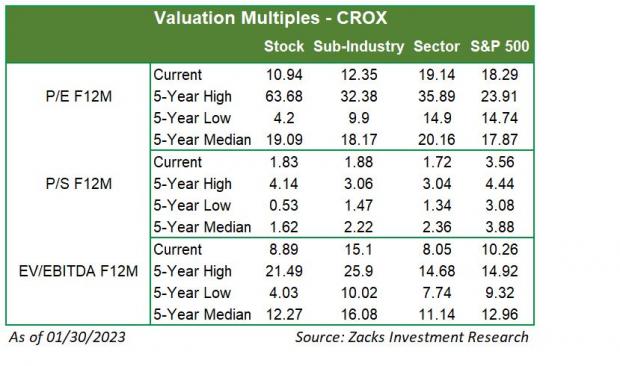 NRG Energy Inc. NRG is the leading integrated power company in the United States, built on the strength of its diverse competitive electric generation portfolio and leading retail electricity platform. The company has an expected earnings growth rate of 65.1% for the current year. The Zacks Consensus Estimate for the current year has improved 1.4% over the last 30 days. The stock has surged 12.4% in the past month. 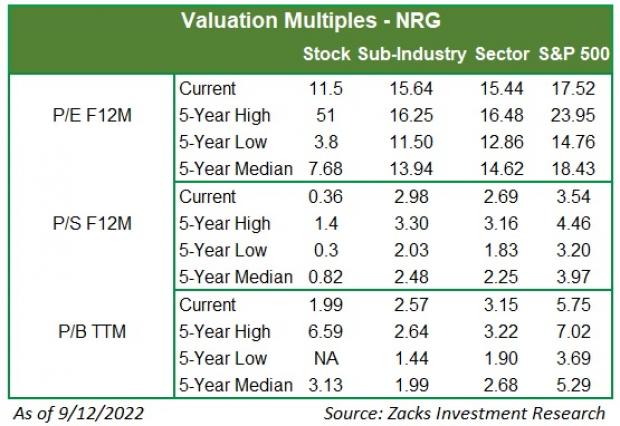 Quanex Building Products Corp. NX is an industry-leading manufacturer of components sold to Original Equipment Manufacturers in building products industry. It operates through three segments: North American Engineered Components, European Engineered Components, and North American Cabinet Components. The company has an expected earnings growth rate of 46.2% for the current year. The Zacks Consensus Estimate for the current year has improved 11.8% over the last 30 days. The stock has surged 12.3% in the past month.