Trade wars and poor economic data are creating turbulence in the market. With top-performing sectors like technology and manufacturing bearing the brunt of the trade tussle, investors are now looking for safer investment options.

Defensive stocks seem to be apt for this type of scenario and are also performing quite well in a turbulent broader market.

Trade wars seem to be clouding the sentiments of investors. The U.S.-China trade war had already weakened the agricultural and manufacturing sectors, now the tariff war with European Union will also make businesses suffer all the more.

On Oct 2, the Trump administration reported plans to impose 10% tariffs on Airbus planes along with a 25% duty on wine, whiskey, cheese, woolen, olives, clams and more products from the European Union. This tariff will be imposed from Oct 18 and was backed by the World Trade Organization as a punishment on the EU for offering illegal subsidies to Airbus SE (EADSY - Free Report) .

The EU has not taken any retaliatory steps as of yet but investors are worried as this war could lead the economy to a severe downfall.

On the other hand, the employment level which was keeping the economy afloat is showing signs of slowdown. On Oct 2, the ADP National Employment report showed that the private sector created 135,000 jobs in September compared to 157,000 jobs in August.

The trade war is not allowing businesses to expand as higher tariffs are halting purchase of products. This is demotivating employers from hiring enthusiastically. Further, job addition in August was revised down from 195,000 to 157,000, which clearly indicated an economic slowdown.

The ISM manufacturing index fell to 47.8% in September, showing a sharp drop in new orders for manufactured goods, which were recorded at 49.1% in July. New export orders dropped to 41% compared to 43% in the previous month and indicated losses due to trade war. A less than 50% reading indicates that the economy is contracting for the last two months and is at the lowest point in more than 10 years.

Why Invest in Defensive Stocks?

In this highly volatile market, investors should flock toward defensive stocks as they have stable earnings regardless of any market gyration. There is constant demand for these products in any business cycle as they are necessary items. In fact, these stocks do not have high returns at times when the economy is expanding as compared to technology and other sectors.

But with a slowing down economy and prevailing trade war, defensive stocks are doing pretty well this year. In fact, if compared, the S&P 500 rose 15.2% on a year-to-date basis and its high profit tech sector grew only 15.4% in the same period. Whereas, the utilities, consumer staples and real estate sectors have grown 20.4%, 18.2% and 25%, respectively, on a year-to-date basis.

Hence, investing in such defensive plays will be clearly beneficial as the market stays turbulent.

We have selected five such defensive stocks that carry a Zacks Rank #1 (Strong Buy) or 2 (Buy).

American States Water Company (AWR - Free Report) is a publicly traded diversified energy company that owns oil-production assets in the Appalachian basin. American States Water Company’s expected earnings growth rate for the current year is 22.7%, above the industry’s projected rally of 4.7%. The Zacks Consensus Estimate for current-year earnings has improved 6% over the past 60 days.

American States Water Company carries a Zacks Rank #1 and has outperformed the Utility - Water Supply industry over the past year (+48.5% vs +39.9%). You can see the complete list of today’s Zacks #1 Rank stocks here. 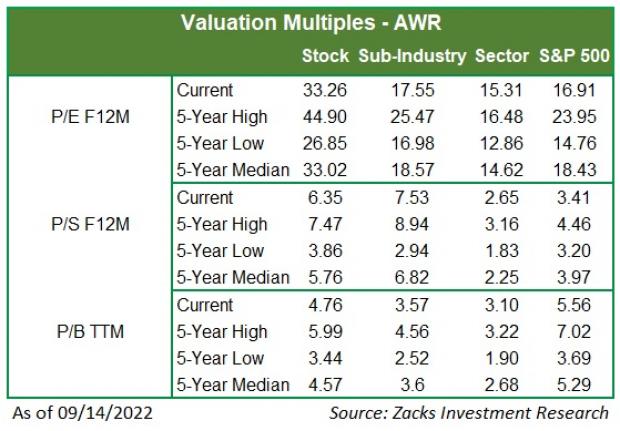 Purple Innovation, Inc. (PRPL - Free Report) is a publicly traded designer and manufacture of mattresses, pillows and cushions. Purple Innovation’s expected earnings growth rate for the next year is 64.8%, ahead of the industry’s projected rally of 22.9%. The Zacks Consensus Estimate for current-year earnings has improved 563.2% over the past 60 days.

Purple Innovation carries a Zacks Rank #1 and has outperformed the Consumer Products - Staples industry over the past year (+26.4% vs -15.6%).

Square Enix Holdings Co., Ltd. (SQNXF - Free Report) is a publicly traded company that engages in the provision of entertainment contents and services. Square Enix’s expected earnings growth rate for the next year is 43%, ahead of the industry’s projected rally of 20.4%. The Zacks Consensus Estimate for current-year earnings has improved 3.3% over the past 60 days.

Americold Realty Trust (COLD - Free Report) is a publicly traded real estate investment trust that owns and operates temperature-controlled warehouses. Americold Realty’s expected earnings growth rate for the current year is 9.3%, ahead of the industry’s projected decline of -1.8%. The Zacks Consensus Estimate for current-year earnings has improved 4.9% over the past 60 days.

Americold Realty carries a Zacks Rank #1 and has outperformed the REIT and Equity Trust - Other industry over the past year (+49.2% vs +19.7%). 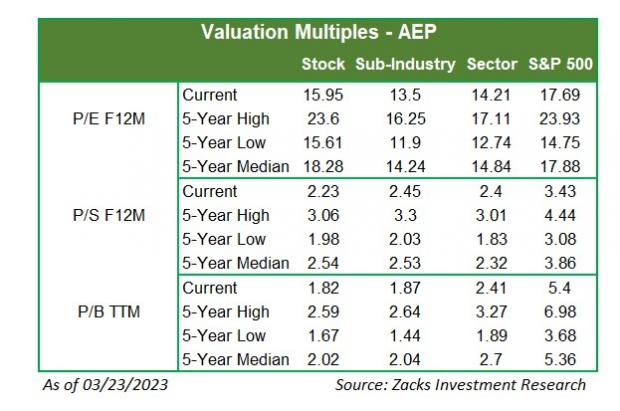