On a GAAP basis, earnings per share during the quarter came in at 36 cents compared with 35 cents reported in the year-ago quarter.

Revenues of $579.6 million outpaced the Zacks Consensus Estimate of $575 million and improved 9% on a year-over-year basis. Moreover, the top line came within management’s expectation of $570 million to $580 million.

The outperformance can be attributed to robust adoption of the company’s digital and signoff, IP solutions, and solid order renewal drove. Moreover, better-expected demand for Tensilica products and robust growth in audio, imaging, computer vision, and machine learning drove revenues.

Notably, Cadence stock has returned 42.5% in past year, outperforming the industry’s rally of 21.1%.

Meanwhile, Services revenues (5.4%) of $31.5 million marginally missed the Zacks Consensus Estimate of $31.7 million. However, the figure was down 15.9% from the year-ago quarter.

Management is optimistic about Protium X1, loaded with robust debug capabilities, aimed at enabling software developers to design advanced 5G and AI chips. The expansion of Cadence Verification Suite with the latest prototyping platform is expected to provide the company a competitive edge against Synopsys in the Electronic Design Automation (EDA) market.

In fact, chip-making giant NVIDIA is implementing Protium X1, which is a noteworthy win.

During the quarter under review, revenues from IP witnessed growth of more than 20%. Furthermore, management is elated with growing clout of the company’s innovative cloud-ready solutions.

Non-GAAP operating margin during the reported quarter remained flat year over year and came in at 32%.

The company ended the reported quarter with cash and cash equivalents of approximately $655.2 million compared with the previous-quarter figure of $633.4 million.

Cadence’s long-term debt at the quarter’s end was $345.8 million compared with $345.7 million in the previous quarter.

The company generated operating cash flow of $139 million in the reported quarter compared with prior-quarter figure of $246 million.

The company repurchased shares worth approximately $75 million in the third quarter.

For fourth-quarter 2019, Cadence expects total revenues in the range of $590 million to $600 million. The Zacks Consensus Estimate for revenues is pegged at $594.9 million.

Management guided non-GAAP earnings in the range of 52-54 cents per share. The Zacks Consensus Estimate for earnings is pegged at 53 cents.

Non-GAAP operating margin for fourth-quarter is expected at around 30%.

Non-GAAP earnings are expected in the range of $2.18-$2.20 per share compared with the previously predicted range of $2.11-$2.17. Notably, the current Zacks Consensus Estimate for earnings is pegged at $2.15 per share. 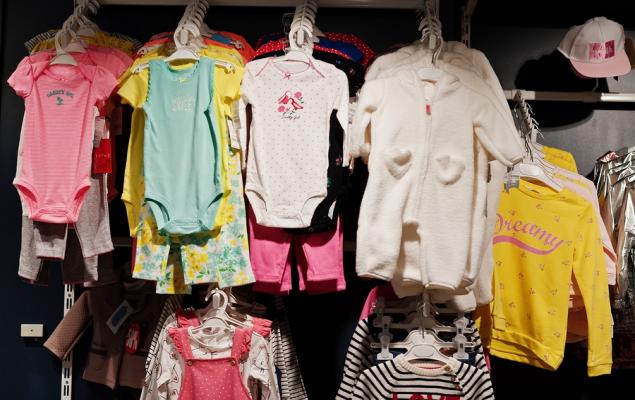 Can Carter's (CRI) Retain Its Positive Earnings Trend in Q3?