It was a busy week for the biotech sector with updates from quite a few bigwigs. Biogen (BIIB - Free Report) topped third-quarter estimates and reported positive data on AD drug. Vertex (VRTX - Free Report) got FDA approval for a new CF medicine, while Amgen (AMGN - Free Report) got a positive opinion for Evenity. Further, Alexion (ALXN - Free Report) is set to buy a clinical-stage biopharmaceutical company to broaden its PNH portfolio.

Biogen Up on Positive AD Drug Data, Beats on Q3 Earnings: Shares of Biogen surged significantly after it announced new data on aducanumab in patients with early Alzheimer’s disease (AD). The company released results from a new analysis of a larger dataset of the discontinued ENGAGE and EMERGE phase III studies on aducanumab in patients with early AD. This analysis was conducted in consultation with the FDA. Biogen and Japanese partner Eisai had discontinued ENGAGE and EMERGE studies, following a futility analysis. Nevertheless, the new data showed that aducanumab reduced clinical decline of Alzheimer’s disease in such patients as measured by the pre-specified primary and secondary endpoints. Based on this data, the company plans to submit a biologics license application seeking approval of the drug to the FDA in early 2020.

Amgen Gets Positive CHMP Opinion for Evenity:  Amgen and partner UCB announced that the Committee for Medicinal Products for Human Use (CHMP) of the European Medicines Agency has given a positive opinion for Evenity (romosozumab) following a re-examination procedure. The committee recommended Marketing Authorization for the drug for the treatment of severe osteoporosis in postmenopausal women at high risk of fracture and with no history of myocardial infarction or stroke. The recommendation will now be reviewed by the European Commission and a decision is expected by year-end. The committee had earlier given a negative opinion on the same. We note that Evenity is already approved in the United States for the treatment of osteoporosis in postmenopausal women at     high risk for fracture.

Additionally, Amgen announced that the FDA has approved its Supplemental Biologics License Application for Nplate (romiplostim) to include new data in its U.S. prescribing information showing sustained platelet responses in adults with immune thrombocytopenia.

Alexion to Buy Achillion for $930M: Alexion announced that it has entered a definitive agreement to acquire a clinical-stage biopharmaceutical company, Achillion Pharmaceuticals, Inc , for $930 million. Achillion primarily focuses on the development of oral small molecule Factor D inhibitors to treat people with complement alternative pathway-mediated rare diseases, such as paroxysmal nocturnal hemoglobinuria (PNH) and C3 glomerulopathy (C3G). The acquisition will add two clinical-stage candidates to Alexion’s pipeline — lead candidate, danicopan (ACH-4471), in phase II and ACH-5228 in phase I. Achillion’s shareholders will get $6.30 per share as an initial consideration. Alexion will also be acquiring Achillion’s cash balance. The transaction is expected to close in the first half of 2020. Alexion is looking to strengthen its PNH franchise with this acquisition.

Additionally, the company announced that the FDA approved a label expansion of its long-acting C5 complement inhibitor, Ultomiris (ravulizumab-cwvz). The drug has been approved for the treatment of atypical hemolytic uremic syndrome to inhibit complement-mediated thrombotic microangiopathy in adult and pediatric (one month or older) patients. Ultomiris is already approved for the treatment of adults with PNH in the United States.

Vertex Gets FDA Approval for Trikafta: Vertex Pharmaceuticals announced that the FDA has approved Trikafta (elexacaftor/tezacaftor/ivacaftor and ivacaftor) for the treatment of cystic fibrosis (CF) in patients aged 12 years or above, who have at least one F508del mutation. As a result of this approval, approximately 6,000 patients with one minimal function mutation and one F508del mutation have access to a drug that can treat the underlying cause of their disease. Moreover, approximately 12,000 people with one or two F508del mutations, who are currently eligible for one of Vertex’s three other FDA-approved CF medicines, are now eligible for Trikafta. Additional studies are ongoing for this combination.

Seattle Genetics Reports Positive Data on Breast Cancer Drug: Seattle Genetics (SGEN - Free Report) announced positive top-line results from the HER2CLIMB trial on tucatinib in patients with locally advanced unresectable or metastatic HER2-positive breast cancer. The trial compared tucatinib in combination with Herceptin and Xeloda to Herceptin and Xeloda alone in these patients. The trial met the primary endpoint of progression-free survival, showing that the addition of tucatinib was superior to Herceptin and Xeloda alone, with a 46% reduction in the risk of disease progression or death. The trial also met the two key secondary endpoints at interim analysis. The company plans to submit a New Drug Application to the FDA in the first quarter of 2020.

The Nasdaq Biotechnology index gained 2.78% in the last five trading sessions. Among the biotech giants, Biogen gained 24.69% in the period. Over the past six months, shares of Biogen have gained 23.19%, whereas the Alexion stock has declined 23.01%. (See the last biotech stock roundup here: Biotech Stock Roundup: GILD's Descovy Label Expansion Gets FDA Nod & Other Updates ) 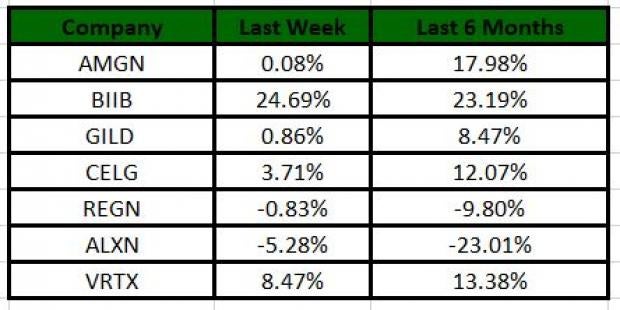 Stay tuned for quarterly results by most biotech bigwigs. 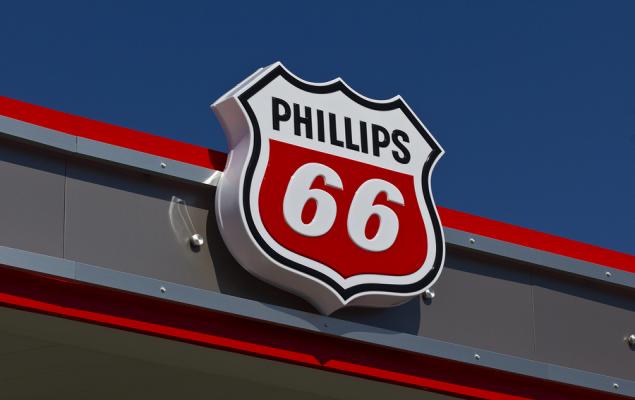