In the North American Industrial Packaging business, box demand remains strong fueled by e-commerce and export volume. This momentum is likely to have continued in the September-end quarter as well. Further, the company’s focus to serve the rapidly-growing segments is expected to have benefited its third-quarter results.

The Zacks Consensus Estimate for the Industrial Packaging segment’s revenues is currently pegged at $3,821 million, representing an expected decline of 5.2% year over year. The segment’s operating profit for the quarter is projected to up 3.4% year over year to $488 million. Nevertheless, the segment’s bottom line is likely to reflect operational expenses due to higher labor cost in the North American box system, and lower price and mix due to export pressure.

The Printing Papers segment revenues will likely be down marginally to $1,101 million in the to-be-reported quarter from $1,102 million recorded in the prior-year quarter. The segment’s operating profit is projected at $146 million for the July-September quarter, indicating a slump of 20.2% from the prior-year quarter. While improved North American demand is expected to have bolstered this segment’s revenues, export pressure in Latin America is likely to have impacted earnings during the period.

In the Global Cellulose Fibers business, bleached softwood kraft and global pulp demand remains strong. Product introductions in the fluff pulp segment and the company’s optimization initiatives are anticipated to have aided its quarterly performance. The Zacks Consensus Estimate for the segment’s revenues is pinned at $645 million for the quarter to be reported, suggesting a decline of 9.7% from the year-ago quarter’s $714 million. However, this segment is expected to incur an operating loss of $7.74 million in the quarter. Additionally, elevated operational costs, and reduced price and mix on account of trade uncertainties are likely to have thwarted the segment’s earnings in the July-September quarter.

Also, the company is plagued with rising input costs and distribution costs which are expected to have dampened margins in the September-end quarter.

Our proven model doesn’t conclusively predict an earnings beat for International Paper this season. The combination of a positive Earnings ESP and a Zacks Rank #1 (Strong Buy), 2 (Buy) or 3 (Hold) increases the odds of an earnings beat. But that’s not the case here. You can uncover the best stocks to buy or sell before they’re reported with our Earnings ESP Filter.

Earnings ESP: The Earnings ESP for International Paper is -1.51%. This is because currently the Most Accurate Estimate and the Zacks Consensus Estimate are pegged at 98 cents and $1.00, respectively.

Shares of International Paper have lost 1.5% in the past year compared with the industry's decline of 48.5%. 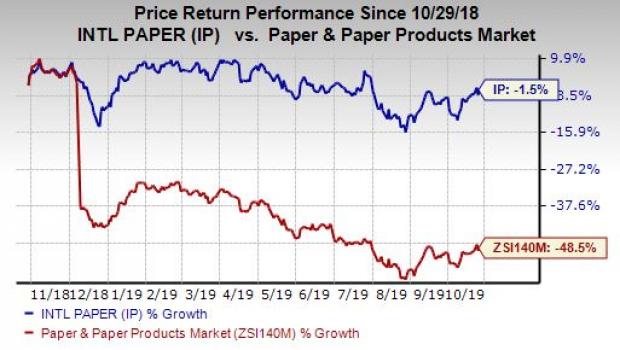 Here are a few Basic Materials stocks which you may want to consider, as our model shows that these have the right combination of elements to post an earnings beat in their upcoming releases:

Franco-Nevada Corporation (FNV - Free Report) has an Earnings ESP of +0.34% and sports a Zacks Rank #1. You can see the complete list of today’s Zacks #1 Rank stocks here.

Kinross Gold Corporation (KGC - Free Report) has an Earnings ESP of +2.50% and carries a Zacks Rank of 1, at present. 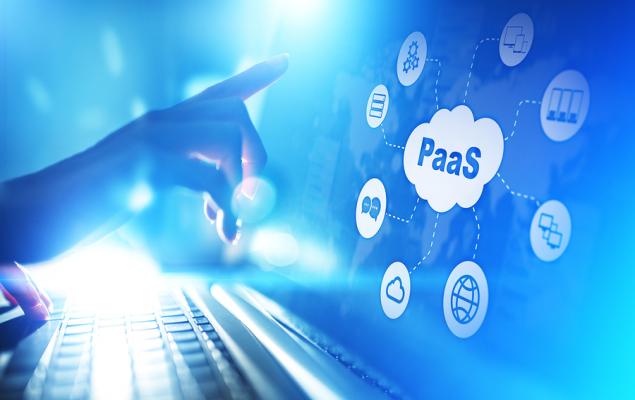 5 Stocks to Make the Most of the Cloud Computing Boom