Pfizer, Inc. (PFE - Free Report) reported third-quarter 2019 adjusted earnings per share of 75 cents, which beat the Zacks Consensus Estimate of 63 cents. Earnings however declined 2% year over year due to lower revenues and higher taxes, which offset the impact of lower costs in the quarter.

The pharma heavyweight recorded revenues of $12.68 billion, which beat the Zacks Consensus Estimate of $12.15 billion. Revenues declined 5% from the year-ago quarter on a reported basis. On an operational basis, excluding the 2% negative impact of currency, revenues declined 3% year over year as higher sales of some key brands in Pfizer’s Biopharmaceuticals group was offset by decline of revenues in the Upjohn segment. The segment was hurt mainly by the loss of Lyrica exclusivity in July 2019 in the United States.

Importantly, excluding the spin-off of the Consumer Healthcare unit, third-quarter revenues were flat operationally. We remind investors that on Aug 1, Pfizer merged its Consumer Healthcare unit with Glaxo’s (GSK - Free Report) Consumer unit to form a new joint venture (JV). Pfizer owns a stake of 32% in the JV and Glaxo owns the remaining 68%.

Pfizer Biopharma sales grew 7% on a reported basis (up 9% an operational basis) from the year-ago period to $10.1 billion. Higher sales of brands like Eliquis, Ibrance, Inlyta and Xeljanz, and a strong emerging markets performance (up 15%) drove this segment’s sales growth. Weaker sales of Prevnar 13/Prevenar 13 and Enbrel internationally offset the increase.

Revenues from the Consumer Healthcare unit declined 55% (54% on an operational basis) to $377 million as a result of the completion of the JV transaction with Glaxo.

Ibrance revenues rose 27% year over year to $1.28 billion on continued strong uptake in international markets and consistent growth in the United States.

Importantly, new drug Vyndaqel which was launched in May 2019 for the treatment of the transthyretin amyloid cardiomyopathy, recorded sales of $156 million in the quarter.

Total biosimilar revenues were $236 million, up 22% year over year.

Pfizer raised its previously issued 2019 guidance for earnings while tightening its range for revenues.

Pfizer’s third-quarter 2019 performance was better than the second quarter. It beat estimates for both earnings and sales while raising its outlook for earnings and tightening the revenue outlook. Pfizer’s shares were up more than 3% in pre-market trading. Pfizer’s shares have declined 14.6% this year so far compared with an increase of 0.8% for the industry.

We believe the Consumer Healthcare joint venture with Glaxo, the Array acquisition (July 2019) and the pending merger of Upjohn unit with Mylan, if successful, will make Pfizer a smaller company with a diversified portfolio of innovative drugs and vaccines. The smaller Pfizer should see better revenue growth as the Lyrica LOE cliff goes away. Pfizer expects strong growth of key brands like Ibrance and Eliquis to continue to drive sales. Pfizer is also strengthening its pipeline and hopes to launch innovative medicines in the next five years, which can drive long-term growth. However, Lyrica generic erosion, currency headwinds, weak sales in the sterile injectables portfolio and pricing pressure are the key near-term top-line headwinds. 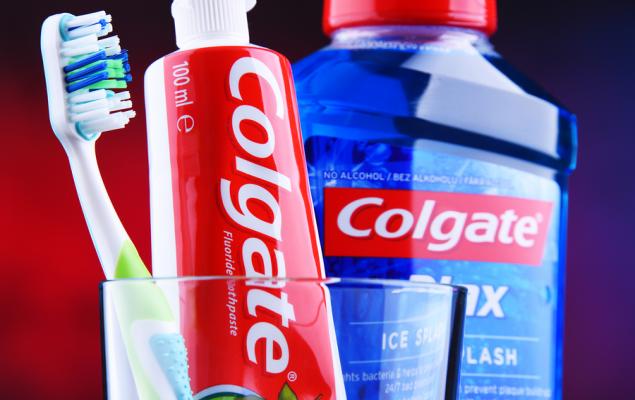 Things You Need to Know Before Colgate's (CL) Q3 Earnings