Earthstone (ESTE) Gears Up for Q3 Earnings: What's in Store?

The upstream energy company beat earnings estimates thrice in the trailing four quarters, with the average positive surprise being 110.7%. In the last reported quarter, the company reported earnings per share of 23 cents, beating the Zacks Consensus Estimate of 17 cents and rising from the year-ago quarter’s 2 cents, primarily due to higher production volumes. 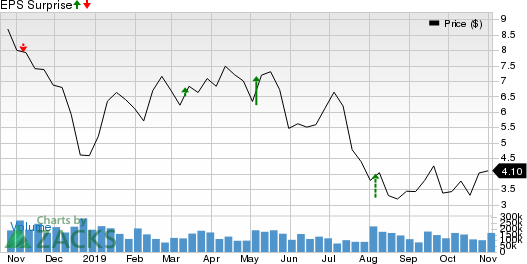 The Zacks Consensus Estimate for third-quarter earnings of 13 cents has been unchanged over the past week. The figure indicates a 7.1% year-over-year decline.

The Zacks Consensus Estimate for third-quarter revenues is pegged at $39.8 million, suggesting fall of almost 13.6% from the year-ago reported figure.

Third-quarter pricing scenario of West Texas Intermediate crude was much weaker than the year-ago period. Moreover, natural gas prices followed a similar pathway, with lower year-over-year figures. Given that oil contributes the most (more than 60%) to the upstream company’s quarterly production volumes, the year-over-year decline in crude price may have hurt the bottom line.

However, Earthstone is expected to have recorded an increase in production volumes in third-quarter 2019 on the back of Midland Basin and Eagle Ford Shale strength. This is expected to have partially offset the negative impact of lower commodity prices in the to-be-reported quarter.

Markedly, lease operating expenses per barrel of oil equivalent rose significantly in the first half of 2019 to $7.06 from $5.77. This trend is expected to have continued in the third quarter, in turn reducing the company’s profit levels.

Our proven model does not conclusively predict an earnings beat for Earthstone this season. The combination of a positive Earnings ESP and a Zacks Rank #1 (Strong Buy), 2 (Buy) or 3 (Hold) increases the odds of an earnings beat. That is not the case here as you will see below.

Earnings ESP: Earthstone has an ESP of -5.50%. You can uncover the best stocks to buy or sell before they’re reported with our Earnings ESP Filter.

While earnings beat looks uncertain for Earthstone, here are some companies from the energy space that you may want to consider, as our model shows that these have the right combination of elements to deliver an earnings beat in the upcoming quarterly reports:

Marathon Oil Corporation (MRO - Free Report) has an Earnings ESP of +4.17% and a Zacks Rank of 3. The company is slated to announce third-quarter 2019 earnings on Nov 6. You can see the complete list of today’s Zacks #1 Rank stocks here.

Rattler Midstream LP (RTLR - Free Report) has an Earnings ESP of +8.41% and a Zacks Rank of 3. The company is slated to announce third-quarter 2019 earnings on Nov 5.

Plains All American Pipeline, L.P. (PAA - Free Report) has an Earnings ESP of +0.43% and is a #3 Ranked player. The company is scheduled to release third-quarter 2019 earnings on Nov 5. 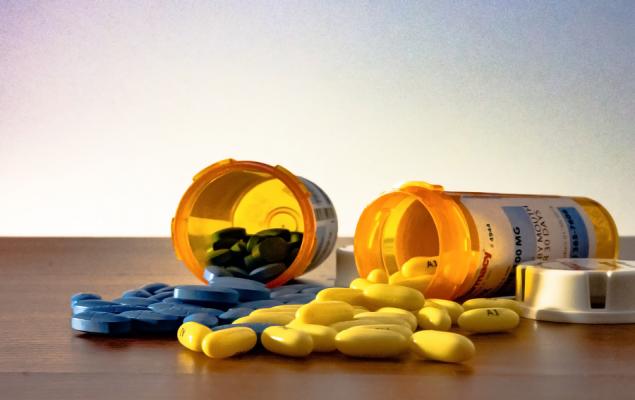