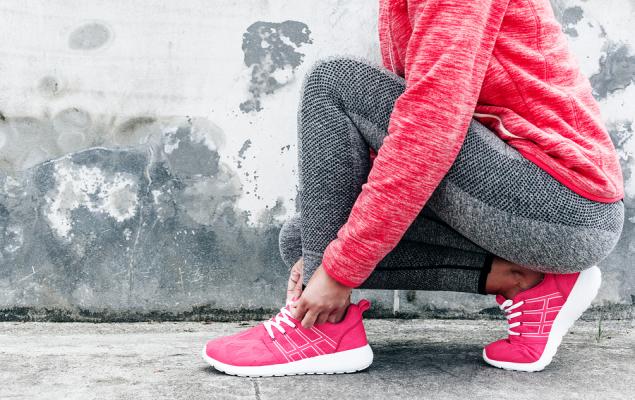 5 of the Best Stocks to Own in November

The bull market, which came into being in 2009, is widely expected to stay in November and beyond. The optimism largely stems from the buoyant broader markets this year through October, which signals at positive returns for the remaining two months as well.

And why not? Whenever the Dow is up at least 15% in a calendar year through October, the blue-chip index has given an average return of 5.55% over the next two-month period. Similarly, whenever the S&P 500 has gained a minimum 20% through October, the broader index returned 6.21% on average for the rest of the year. Lest we forget, the Dow and S&P 500 have already gained 15.4% and 21.2%, respectively, so far this year.

And let’s admit November is supposed to be the best time of the year for the stock market. While the stock market, historically, gained in the November-through-May Day period, or the so-called “winter” months, they tend to remain more or less flat during the “summer” months (May-October).

For instance, since 1950, the Dow has registered an average gain of 7.5% during the November-April period, while the blue-chip index yielded a meager 0.3% in the May-October period. Results have, in fact, shown that the strategy of buying in November and selling in May has been successful 80% of the time when employed within a time span of five years, and more than 90% in a 10-year time frame.

Rates were trimmed in order to help the U.S. economy bear with the protracted trade war without slipping into a recession. After all, parts of the economy, especially manufacturing, have been affected as the global economy slowed down on trade war concerns. Business investments were also affected by the U.S.-China moves to raise tariffs on each other’s goods. The Fed also acknowledged the weakness in business investments and exports.

Nonetheless, the S&P 500 in particular tends to extend gains in the six-and-12 month period following three consecutive interest rate cuts of a quarter percentage point each, according to data from LPL Financial. The S&P 500 had climbed 10% in the six months and 20% in the 12 months following a trio of rate cuts of 25 basis points each in the years 1975, 1996 and 1998.

Some skeptics may still say that Chinese officials have recently expressed doubt over reaching a comprehensive trade deal with the United States, something that doesn’t bode well for global economic growth. But, investors have chosen to ignore trade-related issues and have instead focused on the encouraging Chinese manufacturing data. On the domestic front, consumers have given enough indication of their willingness to spend. After all, consumer outlays increased for the seventh straight month in a row in September, per the Commerce Department.

5 Top Stocks to Buy for November

From historical trends to upbeat China’s manufacturing data to fairly elevated consumer sentiment, things are certainly looking up for the stock market this November. We have, thus, selected five such stocks that are fundamentally sound enough to post gains in the near term and make the most of the expected uptrend in November.

These stocks flaunt a Zacks Rank #1 (Strong Buy) and a VGM Score of A. Here V stands for Value, G for Growth and M for Momentum and the score is a weighted combination of these three metrics. Such a score allows you to eliminate the negative aspects of stocks and select winners. You can seethe complete list of today’s Zacks #1 Rank stocks here.

Career Education Corporationoperates colleges, institutions, and universities that provide education to student population in various career-oriented disciplines through online, campus based, and blended learning programs in the United States. The Zacks Consensus Estimate for its current-year earnings has moved 9.6% north over the past 60 days. The company’s expected earnings growth for the current year is 19.1%, higher than the Schools industry’s estimated rally of 4%. The stock has outperformed the broader industry over the past two-year period (+32.0% vs +11.1%).

First American Financial Corporation, through its subsidiaries, provides financial services. The Zacks Consensus Estimate for its current-year earnings has risen 6.1% over the past 60 days. The company’s expected earnings growth for the current year is 24.8%, higher than the Insurance - Property and Casualty industry’s estimated rally of 414.8%. The stock has outperformed the broader industry over the past two-year period (+13.8% vs +10.0%).

The Allstate Corporation provides property and casualty, and other insurance products in the United States. The Zacks Consensus Estimate for its current-year earnings has moved 4.5% north over the past 60 days. The company’s expected earnings growth for the current year is 22.2%, higher than the Insurance - Property and Casualty industry’s estimated rally of 14.8%. The stock has outperformed the broader industry over the past one-year period (+18.9% vs +3.5%).

Guess', Inc. designs, markets, distributes, and licenses lifestyle collections of apparel and accessories for men, women, and children. The Zacks Consensus Estimate for its current-year earnings has climbed 0.7% over the past 60 days. The company’s expected earnings growth for the current year is 37.8%, higher than the Textile - Apparel industry’s estimated rally of 4.7%. The stock has outperformed the broader industry over the past three-year period (+21.0% vs +15.8%).

CNX Midstream Partners LPowns, operates, develops, and acquires natural gas gathering and other midstream energy assets in the Marcellus Shale and Utica Shale in Pennsylvania and West Virginia. The Zacks Consensus Estimate for its current-year earnings has moved 5.9% up over the past 60 days. The company’s expected earnings growth for the current year is 13.8%, higher than the  Energy and Pipeline - Master Limited Partnerships industry’s expected rally of 1.7%. The stock has outperformed the broader industry over the past month (+10.9% vs -4.4%).