Barring one-time items, earnings were 36 cents a share in the quarter, down from 40 cents a year ago. However, the same surpassed the Zacks Consensus Estimate of 35 cents.

The chemical maker’s revenues were $2,387.3 million in the quarter, up roughly 12% year over year. However, it lagged the Zacks Consensus Estimate of $2,503.1 million.

On a constant currency basis, revenues rose around 13% year over year. Contribution from the Nexeo buyout and strong performance in the Canada core industrial chemical business were offset by softness in the Canada energy sector and weaker demand for chemicals and ingredients from global industrial end markets.

Revenues at the USA division improved around 21.1% year over year on a reported basis to $1,591.6 million in the quarter, driven by the impacts of the Nexeo acquisition. Gross profit rose around 26.1% year over year, owing to favorable product and end-market mix.

Revenues at the Canada segment increased roughly 2.9% year over year to $284.7 million. Gross profit rose around 14.6% year over year. The segment witnessed strong performance in the industrial chemical business and certain commodity products. This was partly offset by lower volume in the energy sector.

Revenues from the LATAM unit rose roughly 17.7% to $117.2 million. Gross profit rose around 14.3% year over year. The segment gained from the Nexeo acquisition, strong performance in Mexico energy markets and the Brazilian agriculture sector, and cost control actions, partly offset by soft industrial demand in Brazil.

Moreover, Univar expects adjusted EBITDA of $155-$180 million for the fourth quarter of 2019, suggesting rise from $144 million earned a year ago.

Univar’s shares have gained 8.5% over a year against roughly 24.2% decline recorded by its industry. 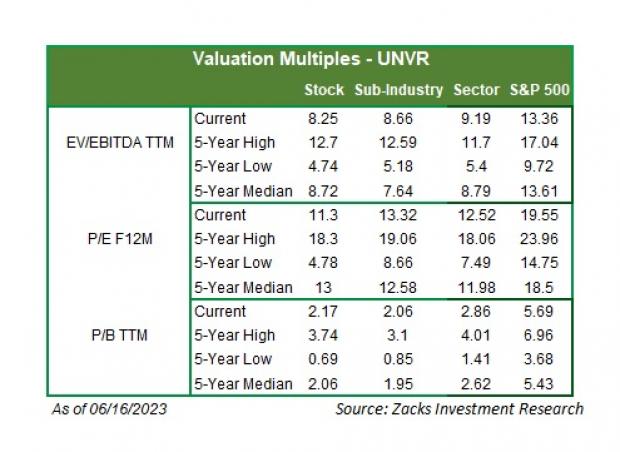 Kinross has an expected earnings growth rate of 210% for 2019. The company’s shares have surged 77% in the past year.

Agnico Eagle has an estimated earnings growth rate of 168.6% for the current year. Its shares have moved up 64% in the past year.

What's in Store for Rockwell Automation (ROK) in Q4 Earnings?