Adjusted net income of $221 million was flat year over year, mainly due to lower interest expenses and a drop in adjusted effective tax rate.

Consolidated revenues declined 4.9% from the year-ago quarter’s level to $6.36 billion and missed the Zacks Consensus Estimate of $6.51 billion. The decline was mainly led by lower revenues in the Agricultural Equipment, Construction Equipment, Commercial and Specialty vehicles, and Powertrain segments.

The company’s net sales for Industrial Activities were $5.9 billion and adjusted EBITDA (earnings before interest, tax, depreciation and amortization) was $523 million in the quarter due to lower sales volume and negative currency translation.

Net sales at the Agricultural Equipment segment declined 7.2% year over year to $2.45 billion in the quarter, due to industry volume deceleration combined with an unfavorable product mix, primarily in North America. Moreover, the segment’s adjusted EBIT was $152 million, down by $44 million from the year-ago quarter’s tally, mainly owing to higher product costs as a result of increased raw material cost and tariffs.

Construction Equipment segment’s sales declined 8.5% year over year to $664 million in third-quarter 2019. The decrease was mainly because of lower production and sales volume in North America to rebalance channel inventory. Further, the adjusted EBIT was down to $10 million from $26 million recorded in the year-ago quarter, owing to higher raw material cost and tariffs.

In the third quarter, revenues in Commercial and Specialty vehicles fell 3% year over year to $2.33 billion due to lower volumes of truck and bus in Europe and exceptionally-low industry demand in Argentina. The segment’s adjusted EBIT was $70 million, up from $68 million recorded in the prior-year quarter on gains realized from the access granted to Nikola Corporation to Iveco technology.

The Powertrain segment’s third-quarter revenues declined 3.3% year over year to $940 million. The segment’s adjusted EBIT was $81 million compared with $82 million in the third quarter of 2018, primarily aided by an unfavorable mix of engine sales and increased product development activity in order to support the segment’s electrification and alternative propulsion strategy.

Revenues at the Financial Services segment rose 3.8% year over year to $487 million in the third quarter of 2019. Adjusted EBIT was $117 million, down $6 million from the prior-year quarter’s figure.

At the end of the third quarter, CNH Industrial’s net cash outflow from operations was $144 million compared with cash inflow of $1.2 billion in the prior-year quarter.

With the expiration of the previous buyback program, CNH Industrial recently announced a new share repurchase program of up to $700 million to optimize its capital structure.

The company updated its projection for 2019. For the current year, it projects roughly $26.5-$27 billion in Industrial Activities’ net sales as against the prior guidance of $27-$27.5 billion. The adjusted earnings per share guidance has been kept intact at 84-88 cents. Net debt of Industrial Activities at the end of 2019 is expected between $400 million and $600 million versus the prior view of $200 million-400 million.

Spartan Motors has an estimated earnings growth rate of 85.42% for the ongoing year. The company’s shares have surged 103.7% in a year’s time.

BRP has a projected earnings growth rate of 18.49% for the current year. Its shares have gained around 12.7% over the past year. 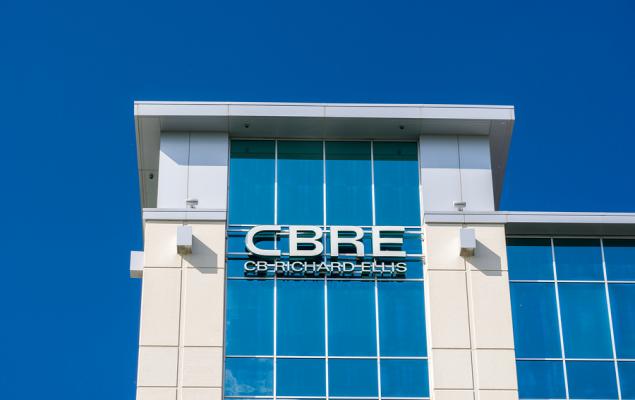