The protracted United States and China trade war is unlikely to ease any time soon. In early October, deputy level officials from both countries had agreed to a “phase one” deal and strike off a tariff hike due in mid-October.

America’s move to halt the imposition of a fresh round of tariffs on Chinese products and China’s promise to buy more agricultural products from the United States brought about broad-based gains for the stock markets.

However, the phase one trade deal, which was to be signed at APEC Summit in Chile, got delayed after the summit got canceled.

The three major benchmarks — the Dow, S&P 500 and Nasdaq Composite — hit record highs on Nov 4 after investors got hopeful of a U.S.-China trade deal. In an interview with Bloomberg, U.S. Commerce Secretary Wilbur Ross had expressed optimism over a trade deal.

But on Nov 6, the Trump administration confirmed that the signing of the interim deal would potentially be pushed into December. Additionally, President Donald Trump’s administration official said “it was still possible the "phase one" agreement would not be reached, but a deal was more likely than not.” This has kept investors on tenterhooks as a trade deal seems far out of sight.

Such developments have weighed on the benchmark indexes lately. However, healthcare seems unperturbed by delays in a trade deal.

Should You Invest in Healthcare?

Healthcare stocks are considered as a defensive as they are need based and stay in constant demand just like utilities and consumer staples.

Investors often rely on the healthcare sector to safeguard their investments. This is because demand for healthcare services does not vary so much with market conditions and investments in the sector provide sufficient protection to the capital invested.

The S&P 500 Health Care Sector index (XLV) has gained 10.6% on a year-to-date basis. Furthermore, a spate of healthcare mergers in the pipeline has also boosted the space. Bristol-Myers Squibb merged with Celgene in a $74 billion deal in January. Further, the $8 billion merger of Eli Lilly and Loxo Oncology in February also paved way for gains in healthcare.

This apart, the sector has also been on a hiring spree. Per the Institute for Supply Management’s (ISM) non-manufacturing index latest data, healthcare employment continued the northward movement in October also by adding 15,000 payrolls. Overall the health care sector has added 402,000 jobs in the past 12 months.

Companies like Humana, CVS Health Corp, DaVita have posted stellar third-quarter earnings and their shares have jumped 3.5%, 5.6% and 12.9%, respectively, since reporting earnings.

U.S. healthcare has remained largely unaffected by trade related worries. Big names from the space have posted better-than-expected earnings over the last few quarters. Given such positives, investing in healthcare seems prudent. We have, thus, selected four stocks that should boost your portfolio. These stocks flaunt a Zacks Rank #1 (Strong Buy) or 2 (Buy).

LHC Group, Inc. (LHCG - Free Report) is a publicly traded health care company that specializes in post-acute continuum of care primarily for Medicare beneficiaries in the United States. The company’s expected earnings growth rate for the current year is 22.3%, which is above the Medical Services industry’s projected rally of 12.1%. The Zacks Consensus Estimate for current-year earnings has improved 0.5% over the past 90 days.

Retrophin, Inc. (RTRX - Free Report) is a publicly traded biopharmaceutical company that focuses on the identification, development, acquisition, and commercialization of therapies for the treatment of rare diseases. The company’s expected earnings growth rate for the current year is 169.5%, which is above the Medical - Biomedical and Genetics industry’s projected rally of 6.4%.

The Zacks Consensus Estimate for current-year earnings has improved 14.4% over the past 60 days. Retrophin sports a Zacks Rank #1.

Dermira, Inc. is a publicly traded biopharmaceutical company that develops and commercializes therapies for patients with dermatologic diseases in the United States. The company’s expected earnings growth rate for the current quarter is 21.8%, which is above the Medical - Drugs industry’s decline of 107.4%.

The Zacks Consensus Estimate for current-year earnings has improved 14.4% over the past 60 days. Dermira carries a Zacks Rank #1.

Merck & Co., Inc. (MRK - Free Report) is a publicly traded biopharmaceutical company that focuses on the identification, development, acquisition, and commercialization of therapies for the treatment of rare diseases. The company’s expected earnings growth rate for the current year is 16.6%, which is above the Large Cap Pharmaceuticals industry’s projected rally of 2.5%.

The Zacks Consensus Estimate for current-year earnings has improved 3.5% over the past 60 days. Merck & Co. carries a Zacks Rank #2. 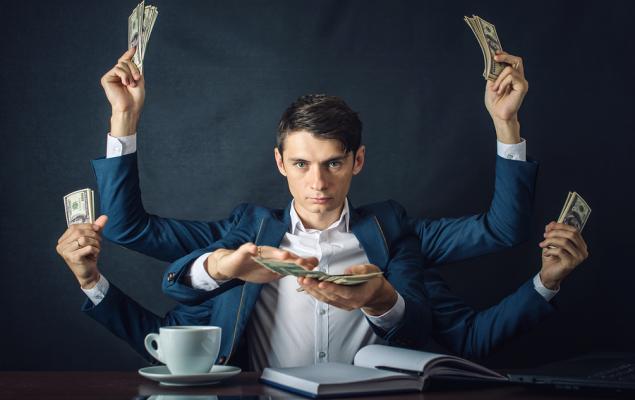