Quarterly revenues of $437.9 million outpaced the consensus mark of $435.3 million by 0.6%. The top line also improved 9.3% from the year-ago quarter, driven by increased sales from company-operated restaurants and franchise royalties.

Meanwhile, comps at North America system restaurants were up 4.4% compared with 1.4% increase in the second quarter and 0.2% decline in the year-ago period.

Company-operated restaurant margin was 16.2% in the reported quarter compared with 15.7% in the year-ago period. The 50-basis points (bps) improvement was primarily attributable to higher pricing and positive mix benefits. However, the positives were partly offset by labor rate inflation and higher commodity costs.

General and administrative expenses in the quarter were $46.2 million, down 0.6% from $46.5 million recorded in the prior-year period. This decline was due to a $2.8-million reduction in its legal reserve owing to an increase in anticipated insurance proceeds available for use related to the proposed settlement of the Financial Institutions case.

The company repurchased 1.3 million shares for $26.4 million in the third quarter at an average price of $19.91 per share. It currently has $161.1 million remaining under the existing $225-million share repurchase authorization that will expire on Mar 1, 2020.

In the third quarter of 2019, Wendy’s had 40 global restaurant openings, with an increase of 24 net new units. Image Activation, which remains an integral part of the company’s global growth strategy, includes reimaging of existing restaurants and building new ones. At the end of the third quarter, 56% of the global system was image activated.

For 2019, the company now expects global system-wide sales growth of 3.5-4% versus 3-4% expected earlier. Adjusted EPS is anticipated to grow between up 1.5% and down 1.5% (versus prior projection of 3.5-6.5% decline). It further expects adjusted EBITDA growth to be between flat and down 1% (versus flat to down 2% expected earlier). Wendy’s still expects global net new unit growth of 1.5% from the prior-year level.

Red Robin Gourmet Burgers, Inc. (RRGB - Free Report) reported mixed fiscal third-quarter 2019 results, wherein the bottom line missed the Zacks Consensus Estimate but the top line surpassed the same. It reported loss per share of 24 cents, wider than the Zacks Consensus Estimate of a loss of 22 cents. In the year-ago quarter, the company had reported adjusted earnings of 16 cents per share.

Brinker International, Inc. (EAT - Free Report) reported mixed first-quarter fiscal 2020 results, wherein earnings were in line with the Zacks Consensus Estimate but revenues lagged the same. Adjusted earnings of $41 cents per share declined 12.8% from the year-ago quarter, mainly due to an increase in stock-based compensation expenses for newly retired executives. 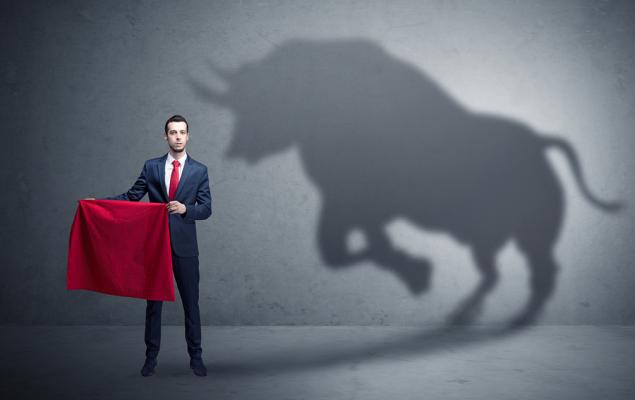 What's in Store for Canadian Solar (CSIQ) in Q3 Earnings?