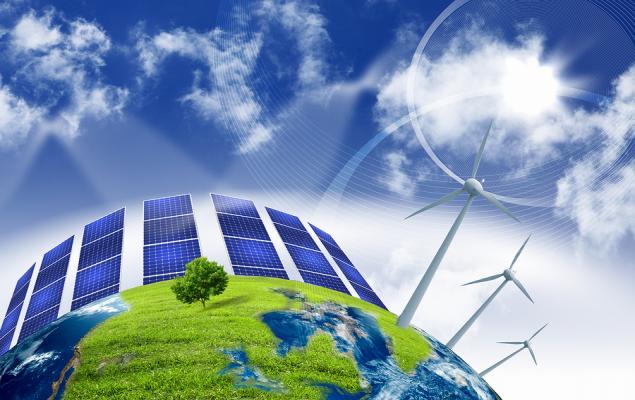 In today’s time, the ‘carbon neutral’ status is a coveted one for every country. In this regard, updates on sustainability initiatives undertaken by the government or corporates are rampant.

Meanwhile, Formula 1 has announced plans of going carbon neutral by 2030 by replacing single-use plastics and using renewable energy and net-zero carbon engines. McDonald’s has also announced plans to undertake two new renewable energy projects that can produce 380 megawatts of energy. This in turn can supply power to more than 2,500 McDonald’s restaurants (read: 5 ETFs to Invest in Clean Energy).

Notably, alternative energy includes any energy source that acts as a replacement to conventional and non-renewable fossil fuel. These energy sources are also called renewable as they are continuously replenished through natural processes. Going by an International Energy Agency (IEA) report, worldwide supplies of renewable electricity are expected to expand 50% in the next five years. Moreover, according to the IEA, renewable energy sources are expected to make up 30% of the world’s electricity by 2024, in comparison to the current 26%. Per Allied Market Research, the global renewable energy market is expected to reach a value of around $1.51 billion, at a CAGR of 6.1% between 2018 and 2025.

The demand for energy sources is expected to rise over time. According to an IEA report, energy demand is expected to grow 1% annually through 2040. It further added that 50% of the surplus energy demand will be met by renewables with solar power becoming the most favorable source by 2040. In fact, some states, including California, are already using solar subsidies to boost solar power adoption.

Moreover, it is worth noting that demand for solar panels is on the rise as a large number of U.S. solar power developers are hoarding panels to advantage from the full solar subsidy involving a 30% federal tax credit that will start phasing out beginning 2020.

Globally, several government initiatives are driving demand for sources of alternative energy. Notably, China is a major player building a green environment. It is believed to have more renewable energy capacity than any other country globally. In 2018, China invested around $100 billion. Going on, almost half of the European Union’s 28 member states have reached or are about to touch their 2020 renewable energy targets.

Against this backdrop let’s take a look at some alternative energy ETFs that have gained more than 30% in the year-to-date period.

The fund is based on the MAC Global Solar Energy Index which is comprised of companies in the solar energy industry. It has 22 holdings. The fund’s AUM is $404.8 million and the expense ratio is 0.70% (read: 9 High-Flying ETFs of 2019).

The fund seeks to track the performance of an index comprised of U.S. and Canadian based companies that primarily operate in the Clean Energy sector. It comprises 32 holdings. The fund’s AUM is $96.2 million and expense ratio, 0.65%.

The fund seeks to provide investment results that, before fees and expenses, correspond generally to the total return performance of the S&P Kensho Clean Power Index. It comprises 42 holdings. The fund’s AUM is $10.3 million and the expense ratio, 0.45%.

The fund seeks investment results that correspond generally to the price and yield, before the fees and expenses, of the NASDAQ OMX Clean Edge Smart Grid Infrastructure Index. It comprises 57 holdings. The fund’s AUM is $31.4 million and the expense ratio, 0.70%.