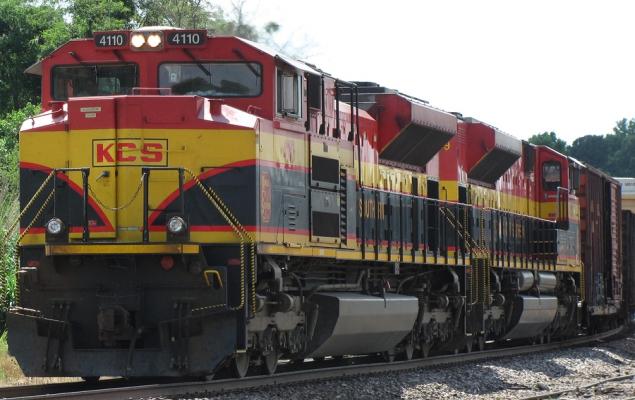 Kansas City Southern Stock Up 14.9% in a Month: Here's Why

Shares of Kansas City Southern (KSU - Free Report) have rallied 14.9% compared with its industry's 7.1% rise in the past month. 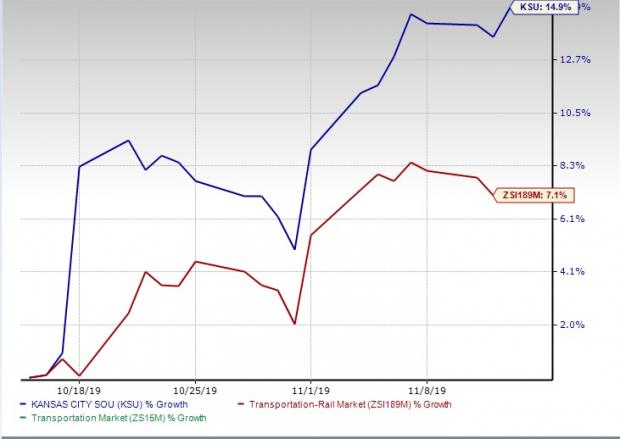 Let’s take a look at the factors that are responsible for the impressive price performance.

Kansas City Southern posted encouraging third-quarter 2019 numbers on Oct 24. This railroad operator’s earnings (on an adjusted basis) improved 23.6% year over year to $1.94 and also beat the Zacks Consensus Estimate by 17 cents. Results were aided by a better operational performance.

Moreover, this Kansas City, MO-based company’s revenues of $747.7 million surpassed the Zacks Consensus Estimate of $730.3 million. Moreover, the top line improved 7% on a year-over-year basis, mainly owing to strong performances at the Chemicals and Petroleum and the Agriculture & Minerals units. The company anticipates current-year revenue growth between 5% and 7%.

Additionally, adjusted operating ratio (operating expenses as a % of total revenues) improved to 60.7% from 63.4% a year ago, banking on the company’s cost-control efforts. Notably, lower the value of the operating ratio the better. The metric is expected at the lower end of the 60-61% range by 2021.

The bullish earnings apart, the company’s decision, announced on Nov 12, to hike its quarterly dividend also contributed to its upbeat price performance in the past month. Notably, the company raised the quarterly payout on its common stock by 11.1% to 40 cents a share (or $1.60 annually). This new dividend will be paid out on Jan 22, 2020 to its stockholders of record as of Dec 31, 2019.

In another shareholder-friendly move, Kansas City Southern’s board members approved a $2-billion worth share repurchase program that expires on Dec 31, 2022. This new buyback replaces the $800-million plan announced in 2017. Under the $800-million scheme, the company bought shares for approximately $741 million.

Upward estimate revisions raise optimism on a stock’s prospects. Kansas City Southern scores impressively on this front too. In fact, this Zacks Rank #2 (Buy) company has seen the Zacks Consensus Estimate for current-quarter and yearly earnings being revised 3.4% and 3.6% upward, respectively, in the past 30 days. You can see the complete list of today’s Zacks #1 Rank (Strong Buy) stocks here. 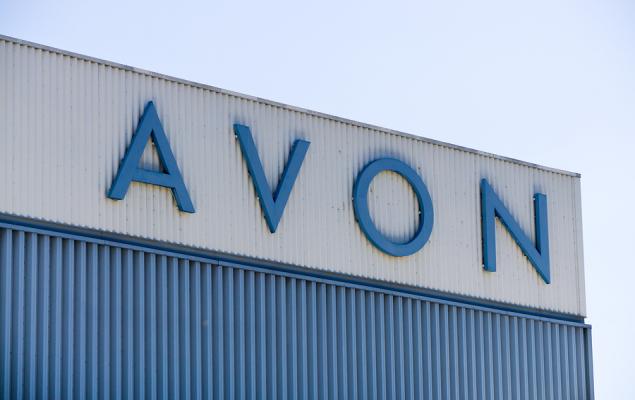