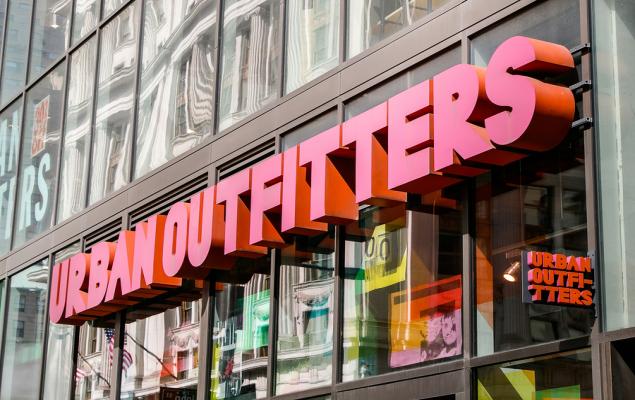 Urban Outfitters Q3 Report on Deck: Is Another Strong Quarter in the Cards?

Urban Outfitters (URBN - Free Report) is set to report its third quarter results after the closing bell on Tuesday, November 19. The retailer has seen its shares drop over 7% in 2019 but has outperformed the apparel retail market, which has seen a 23% decline thus far.

The apparel retailer is coming off a strong second quarter report driven by a successful back to school season. Urban Outfitters is looking to post another earnings report that can captivate Wall Street and push its shares into the green YTD. Let’s take a closer look at the company and what to expect in Q3.

In Q2, Urban Outfitters reported better than expected earnings of $0.61 per share. The company also saw retail net sales fall 3% Y/Y in the second quarter and generated a gross margin of 32.8%, compared to 35.9% a year ago.

Urban Outfitters’ management was pleased with the quarterly performance as the company’s CEO, Richard Hayne, stated "I am pleased to report that customer reaction to our early fall apparel assortments have improved significantly from our second-quarter results.” Hayne also went on to spread optimism about the outlook for the business, commenting "Third quarter-to-date 'comp' sales are positive at all three brands."

The company’s better than expected earnings and optimistic outlook were enough to send the stock trading higher in the aftermath of its second quarter report. The company’s initial success with its fall lineup spurred enthusiasm about the company’s Q3 as it seemed that Urban Outfitter’s turnaround efforts were finally materializing into results.

The company’s optimism circulated through Wall Street at a time when worries about the potential impact the trade war could have on the retail sector were running rampant. The boost in the company’s performance also left investors happy and gave them confidence in Urban Outfitters’ initiatives.

In an effort to diversify its revenue streams, the company acquired a small pizza chain and has been building campus-like shopping centers with retail, food, and entertainment. Urban Outfitters has also developed a customer rewards program and expanded its e-commerce presence in several international markets.

Urban Outfitters gained momentum with its Q2 report and can carry it onto the closing months of 2019 with another beat or optimistic forward guidance. Urban Outfitters currently trades at 13X its forward earnings, which is right on par with the apparel market’s average and boasts a healthy balance sheet with $520 million of cash equivalents and zero long-term debt.

The company’s balance sheet put it in a better position than other retailers to withstand volatility in the sector as it's free from debt obligations that can prove dire in times of recession. The company’s earnings estimates have been revised higher, earning the stock a Zacks Rank #2 (Buy).