The Charles Schwab Corporation (SCHW - Free Report) has released the monthly activity report for October 2019. Total client assets were $3.85 trillion, up 2% from the prior month and 14% from the year-ago month.

Client assets receiving ongoing advisory services were $2.02 trillion, up 2% from the prior month and 14% year over year.  Net new assets of $35.2 billion improved significantly from the previous month as well as year over year.

Schwab’s average interest earning assets were $266.1 billion at the end of October, down marginally from the September 2019 level but up 1% from October 2018. The company opened 142,000 new brokerage accounts in the reported month, up 31% sequentially and 7% year over year.

Schwab’s active brokerage accounts totaled 12.2 million at the end of October, up 1% sequentially and 6% from the year-ago month. Further, client’s banking accounts were 1.4 million, rising 1% from September 2019 and 7% from October 2018. The number of retirement plan participants was up 1% from the prior-month level and 6% year over year at 1.7 million.

Shares of the company have gained 4.4% so far this year compared with 10.4% growth recorded by the industry. 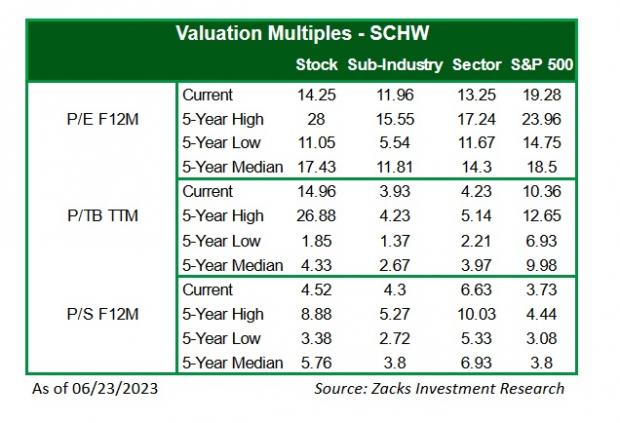 Performance of Other Investment Brokers

E*TRADE Financial (ETFC - Free Report) reported sequential rise in DARTs for October. Per its monthly market activity, its DARTs were 290,578, up 9% from the previous month but down 1% year over year. Notably, derivatives comprised 36% of DARTs.