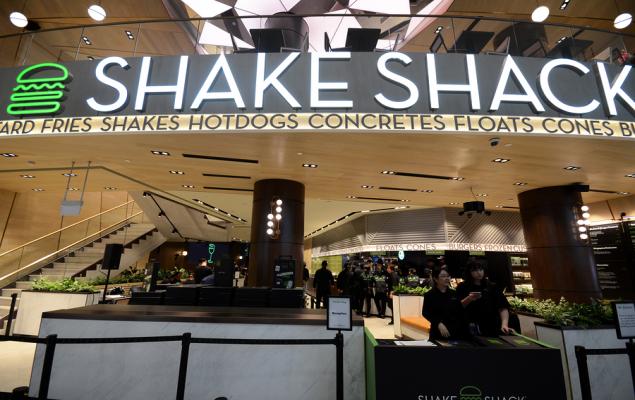 Retail Properties of America, Inc. (RPAI - Free Report) recently announced signing a new lease for a 3,200-square-foot space with Shake Shack (SHAK - Free Report) at Circle East redevelopment project in Towson, MD. This addition of a quick-service restaurant is likely to draw attention from the young, well-off and educated shoppers in the surrounding market who prefer to live, work, play in the same environment.

Shake Shack will have its location on Circle East's prominent corner, on Joppa Road at the circle inter-change in downtown Towson. Notably, Circle East is primed for becoming an active environment with an exclusive lineup of brands. The project is luring tenants from both national and local retailers, services, and restaurants.

Amid changing consumer preferences, right-sizing of footprints and store closures have been making it to front-page news, while the ones unable to cope with competition are resorting to bankruptcy filing. These have emerged as pressing concerns for retail landlords, including Macerich Company (MAC - Free Report) and Taubman Centers, Inc. (TCO - Free Report) .

Nevertheless, to counter these challenges and in an attempt to lure customers, retail REITs are continuing with the transformation measures of their traditional retail hubs into entertainment destinations and lifestyle resorts. These REITs are focusing on the expansion of dining options, opening movie theaters, as well as offer recreational facilities and fitness centers. Also, focus on mixed-use development continues, which has gained immense popularity, of late.

Notably, mixed-use developments reduce the distances between housing, workplaces, retail businesses, and other amenities and destinations. Hence, mixed-use developments enable companies to grab the attention of people who prefer to live, work and play in the same area. Such developments have gained immense popularity in recent years. However, with huge outlays for redevelopments, near-term growth in profit margins of retail REITs might be affected.

Shares of Retail Properties of America have outperformed the industry it belongs to in the past six months. This Zacks Rank #3 (Hold) company’s shares have gained 12.3%, while the industry recorded growth of 4.1% during the same time frame. You can see the complete list of today’s Zacks #1 Rank (Strong Buy) stocks here.