Univar’s OSS team has been providing waste and environmental services at Boeing South Carolina since 2014. Moreover, it contributed to Boeing’s environmental stewardship policy by collaborating with small and local businesses to identify and develop unique waste alternatives.

The OSS team at Boeing has successfully identified a lot of prospects for increased efficiency and processes over the past five years. The team has also initiated several projects, which has improved Boeing’s sustainability during the same period.

Univar’s shares have gained 3.1% over a year against a 22.8% decline recorded by its industry. 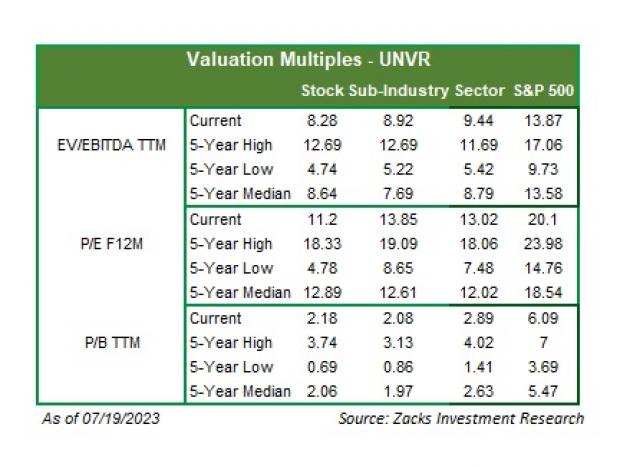 The company’s profit was $2.5 million or a penny per share in third-quarter 2019, down 94.9% from a profit of $49.6 million or 35 cents per share a year ago. Its adjusted earnings per share of 36 cents surpassed the Zacks Consensus Estimate of 35 cents.

The chemical maker’s revenues were $2,387.3 million in the quarter, up roughly 12% year over year. However, it lagged the Zacks Consensus Estimate of $2,503.1 million.

For 2019, Univar revised its adjusted EBITDA forecast, factoring in the lower-than-expected demand for chemicals and ingredients. The company now expects adjusted EBITDA of $700-$725 million compared with $725-$740 million mentioned earlier.

Moreover, it expects adjusted EBITDA of $155-$180 million for the fourth quarter of 2019, suggesting rise from $144 million reported a year ago.

Impala Platinum has an expected earnings growth rate of 255.2% for the current fiscal year. The company’s shares have surged 234.6% in the past year.

Agnico Eagle has an estimated earnings growth rate of 168.6% for the current year. Its shares have moved up 62.5% in the past year.